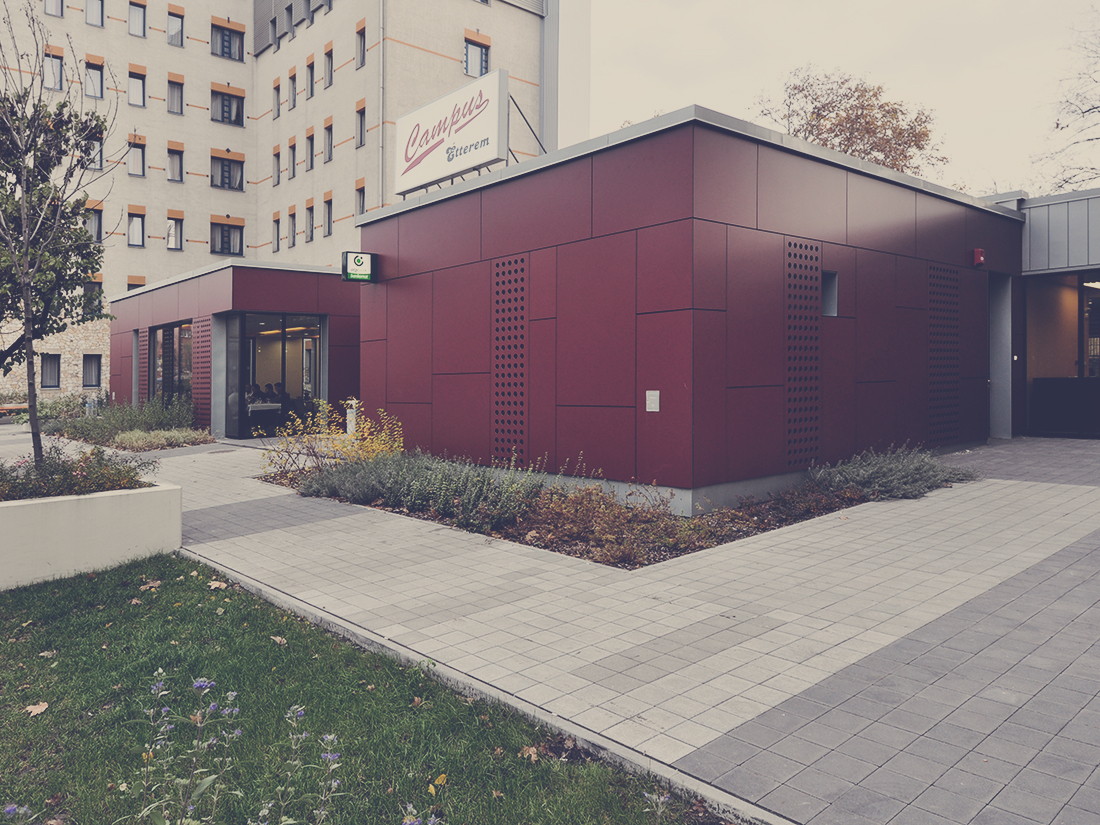 As a result of the developments taking place in the 2000s Dunaújváros College became a European standard campus town, our office’s planning task was the transformation and extension of the cafeteria building attached to the hostel building as well as the modernisation of the connected kitchen.

Due to cost-rationalisation, the steel supporting structure of the building containing the main functions – constructed at the beginning of the 1980s – and its roof layers were retained, the service building part containing the connected sanitary block and entrance was completely demolished.

Therefore, retaining the mass of the cafeteria dining area we planned the new, extended functions in front of that contained in two “boxes”. The elegant, special function room was placed in the larger of the new “boxes”, and the self-service section was placed within the continuation of this. The smaller “box” contains that sanitary block, the cloakroom and the drinks counter operating towards the cafeteria. The main entrance of the cafeteria is located on Dózsa György út between the two “boxes”.

The main aspect of the external appearance was to separate the cafeteria with its existing structure from the new extensions (as a result of their functions as well). The compact plate surfaced “boxes” protrude from the cafeteria building with its panelled metal plate façade surfacing towards the street. The window systems, differing as a result of the functions, were linked and made more playful with perforated wall surfacing elements. 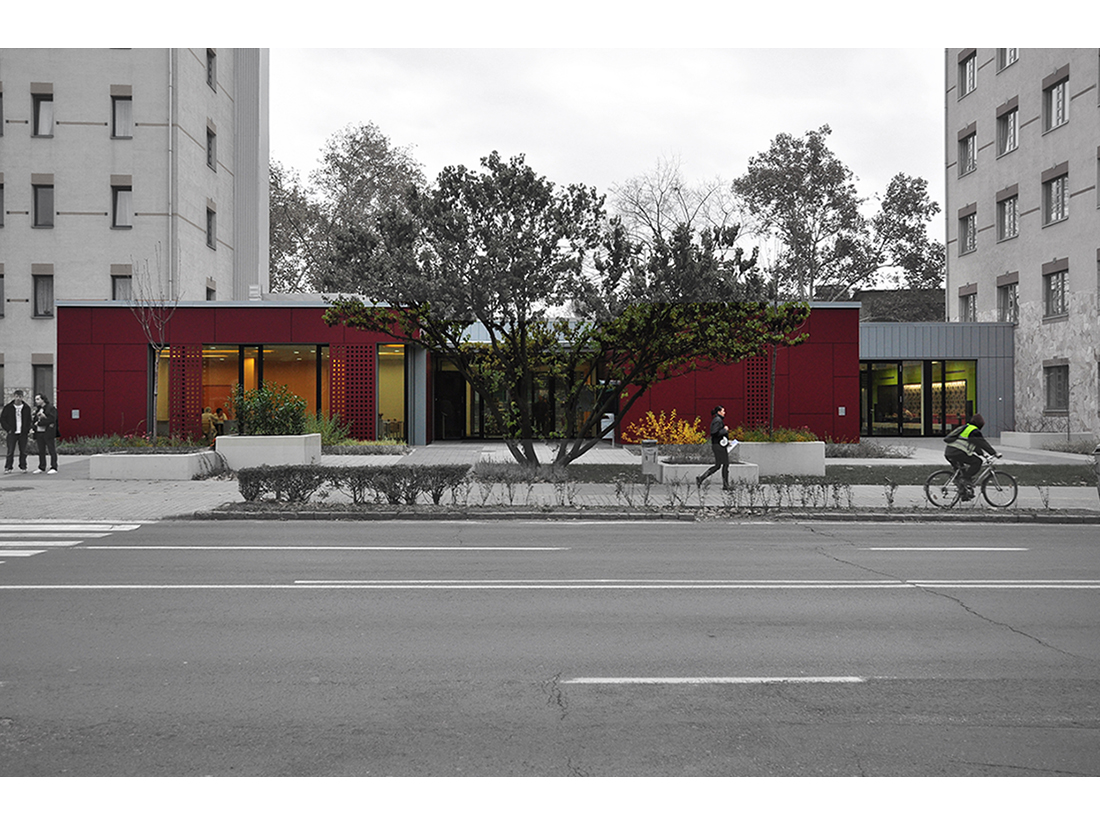 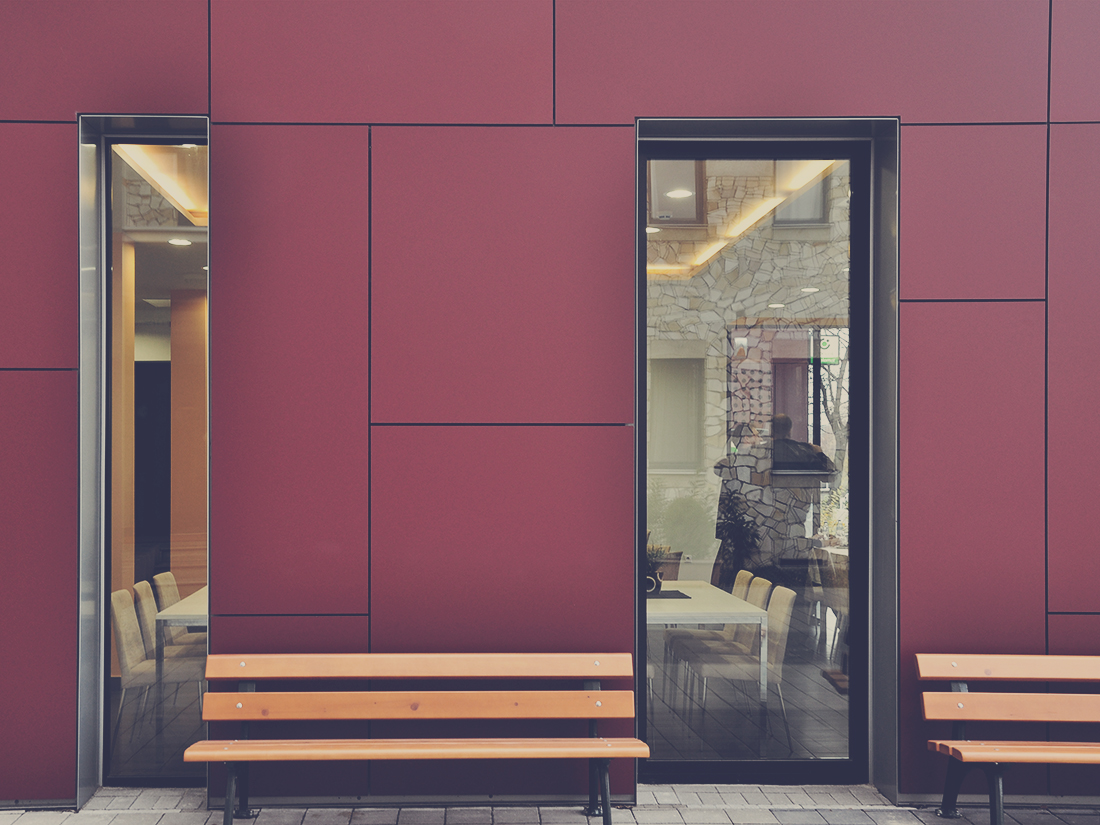 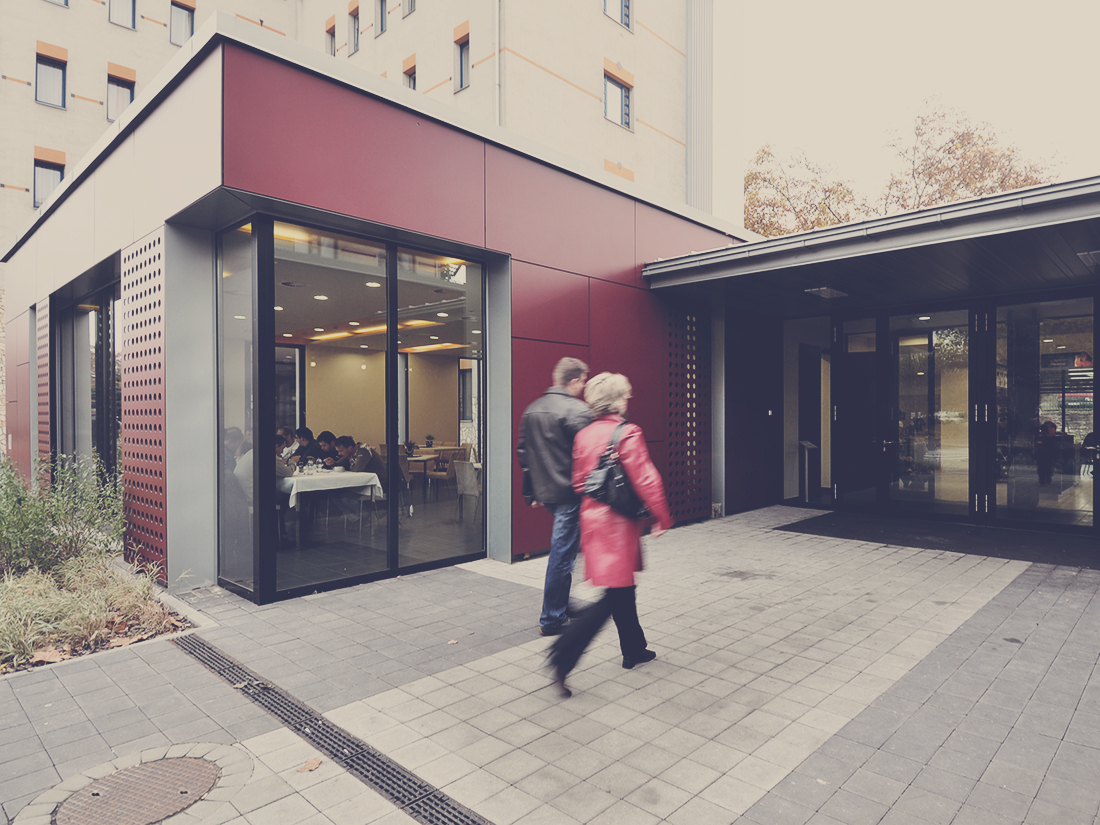 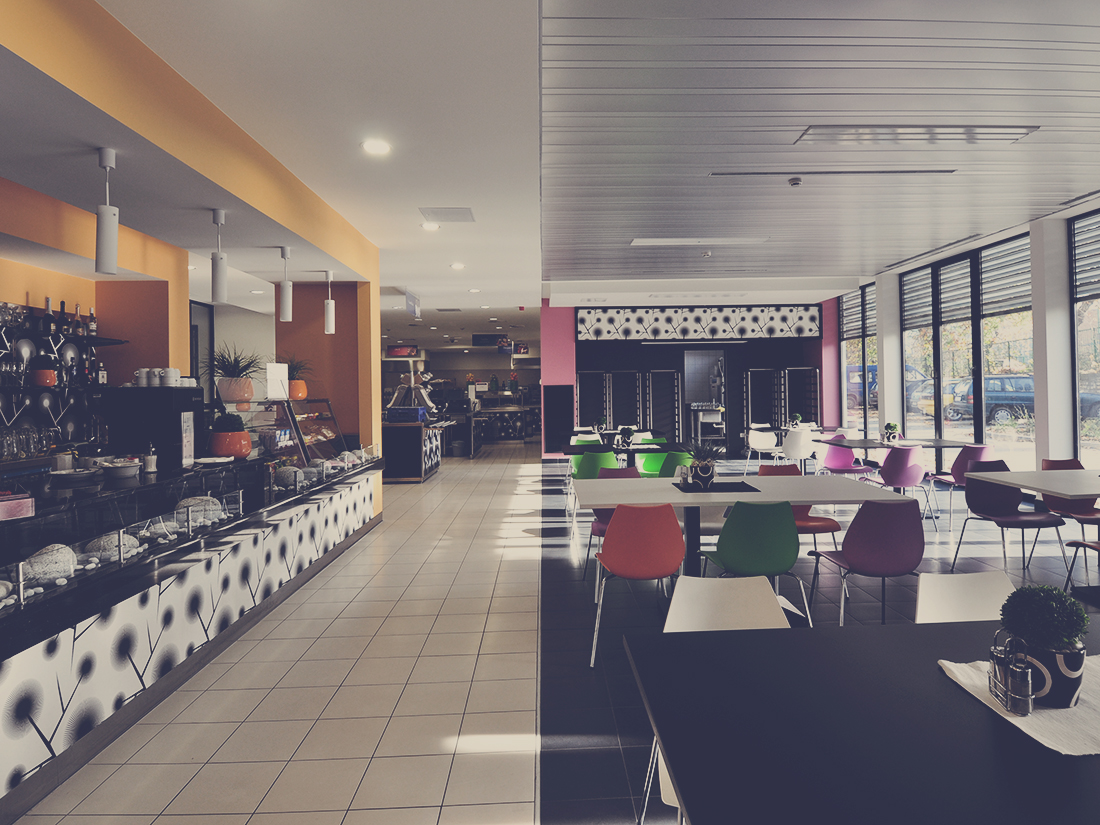 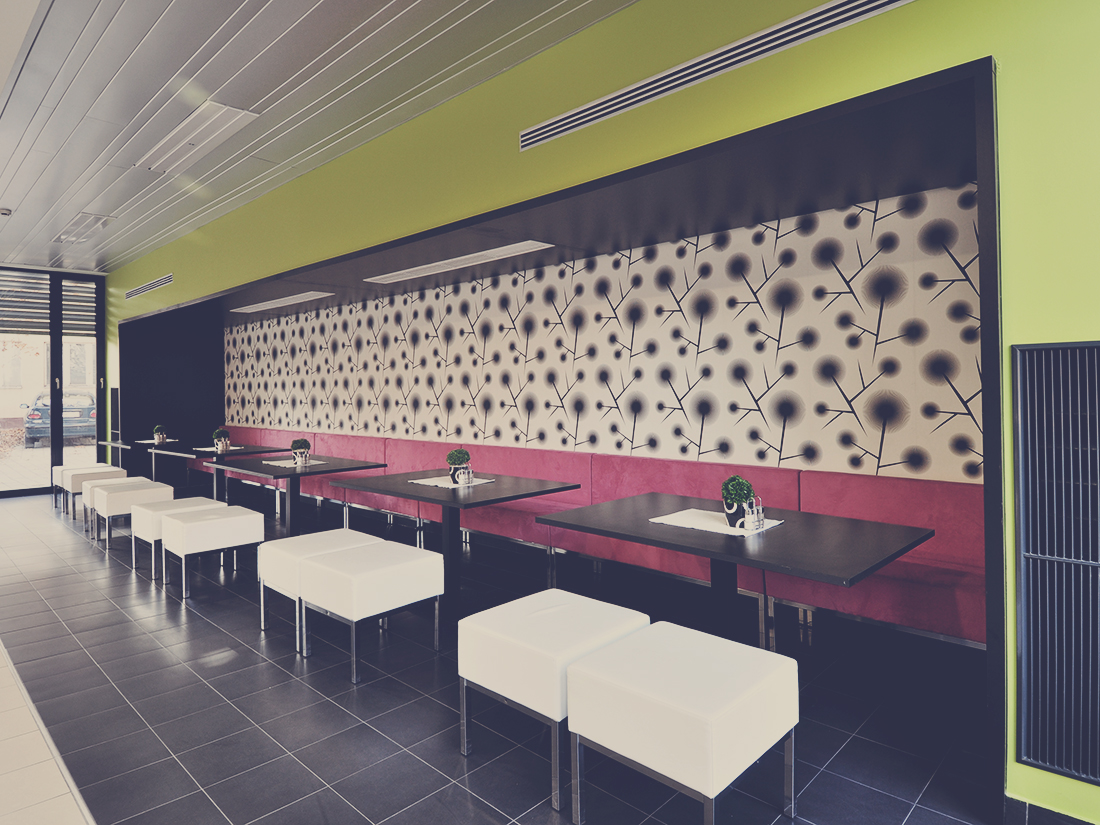 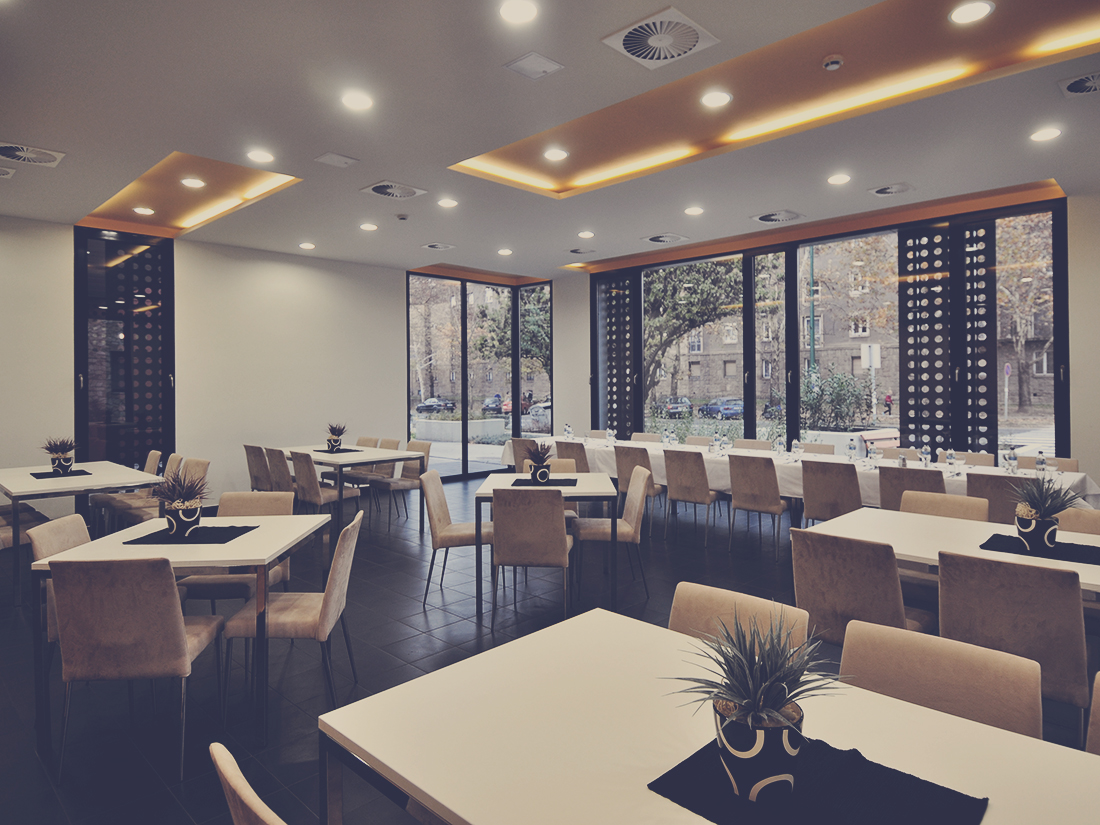 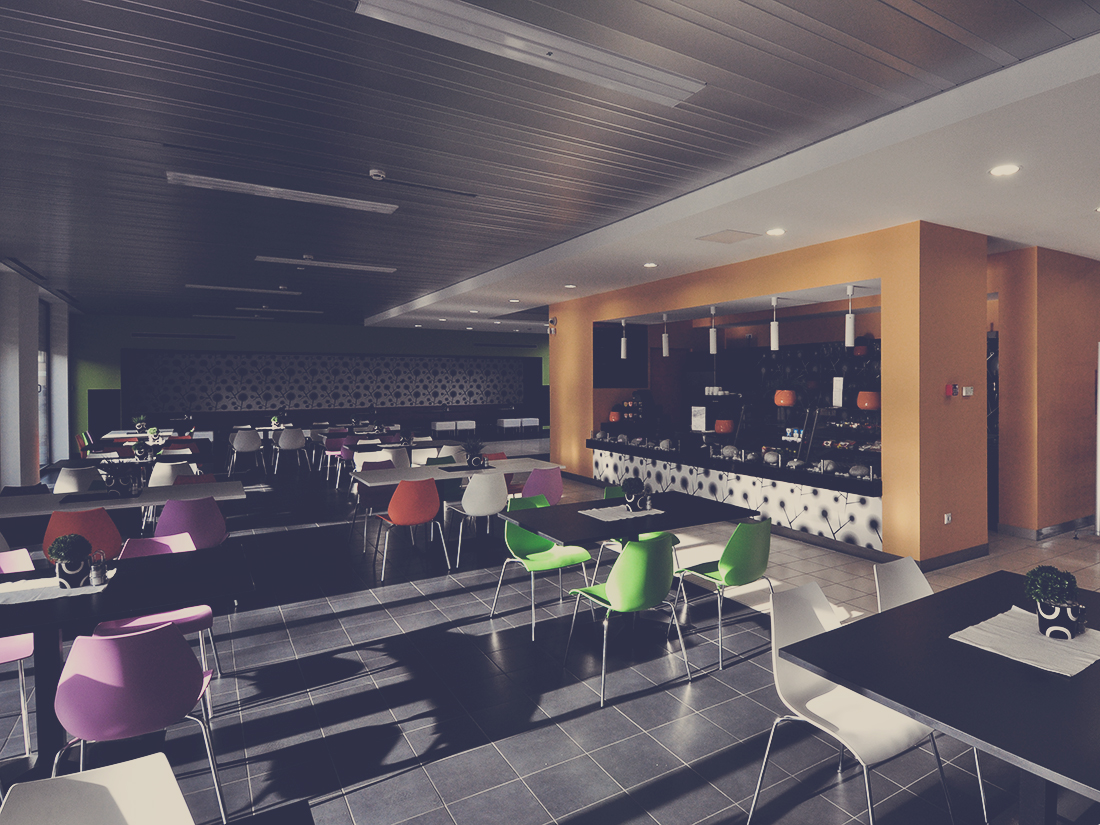 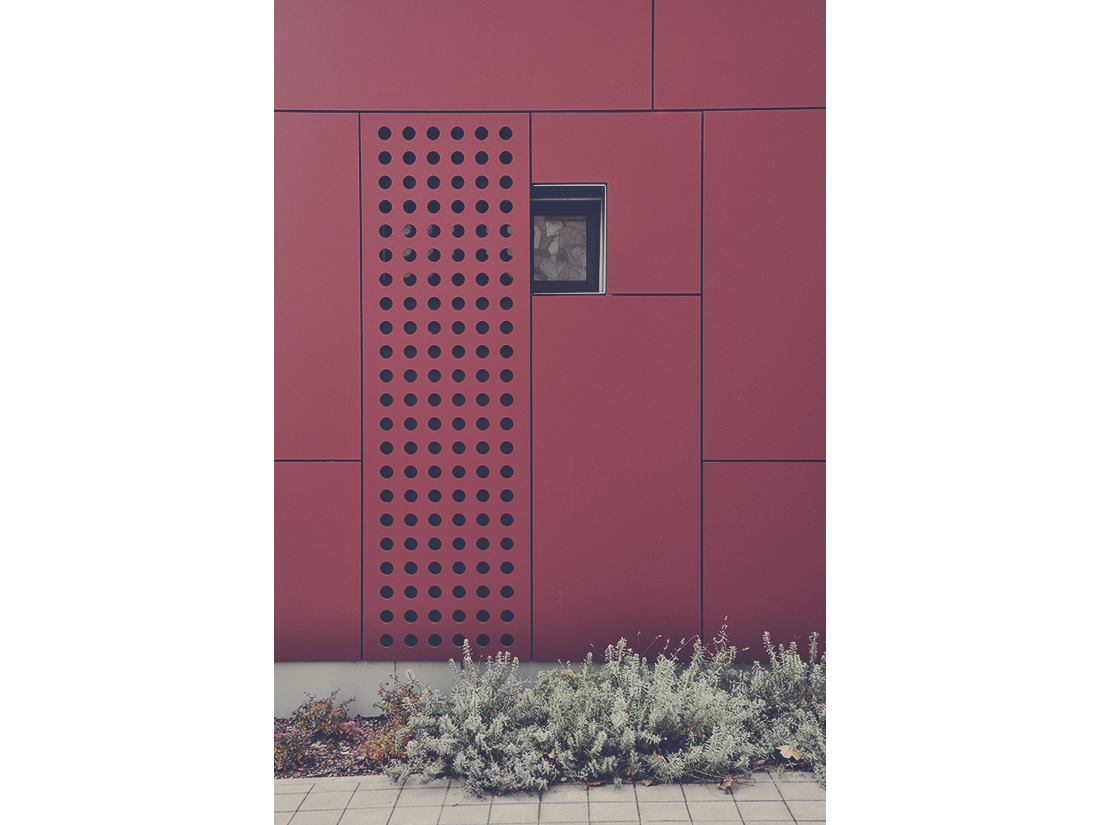 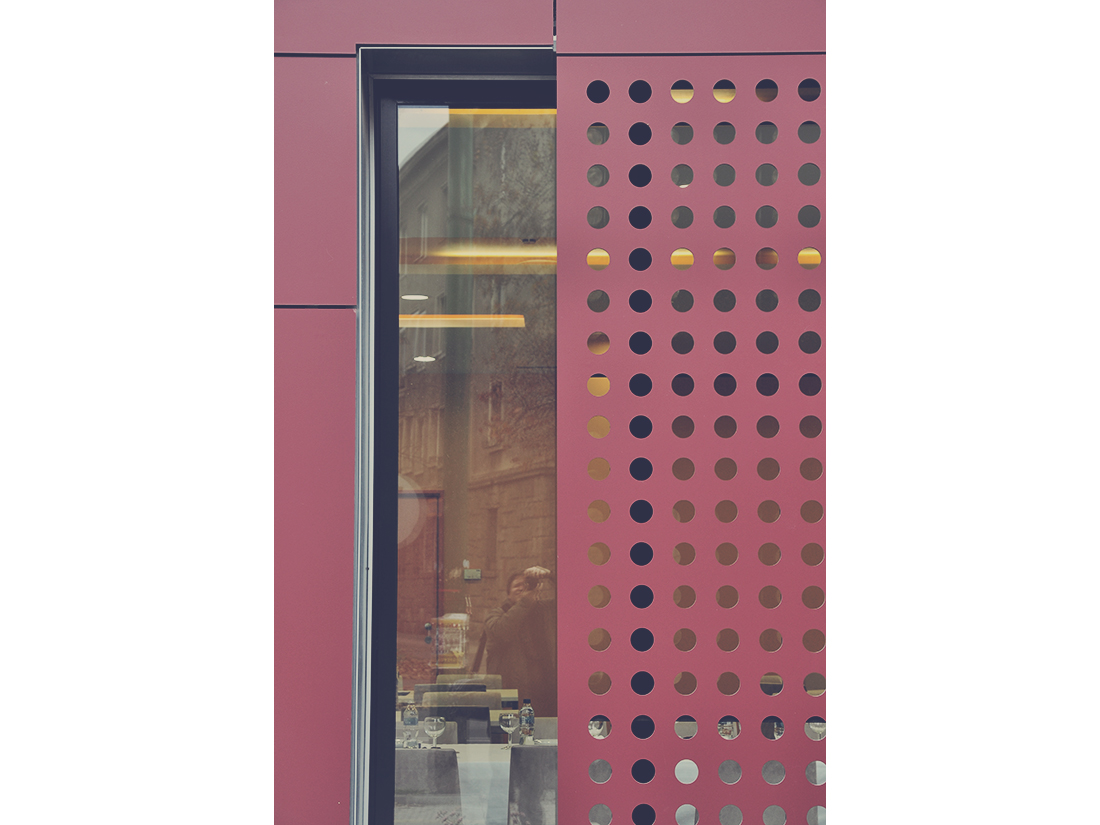