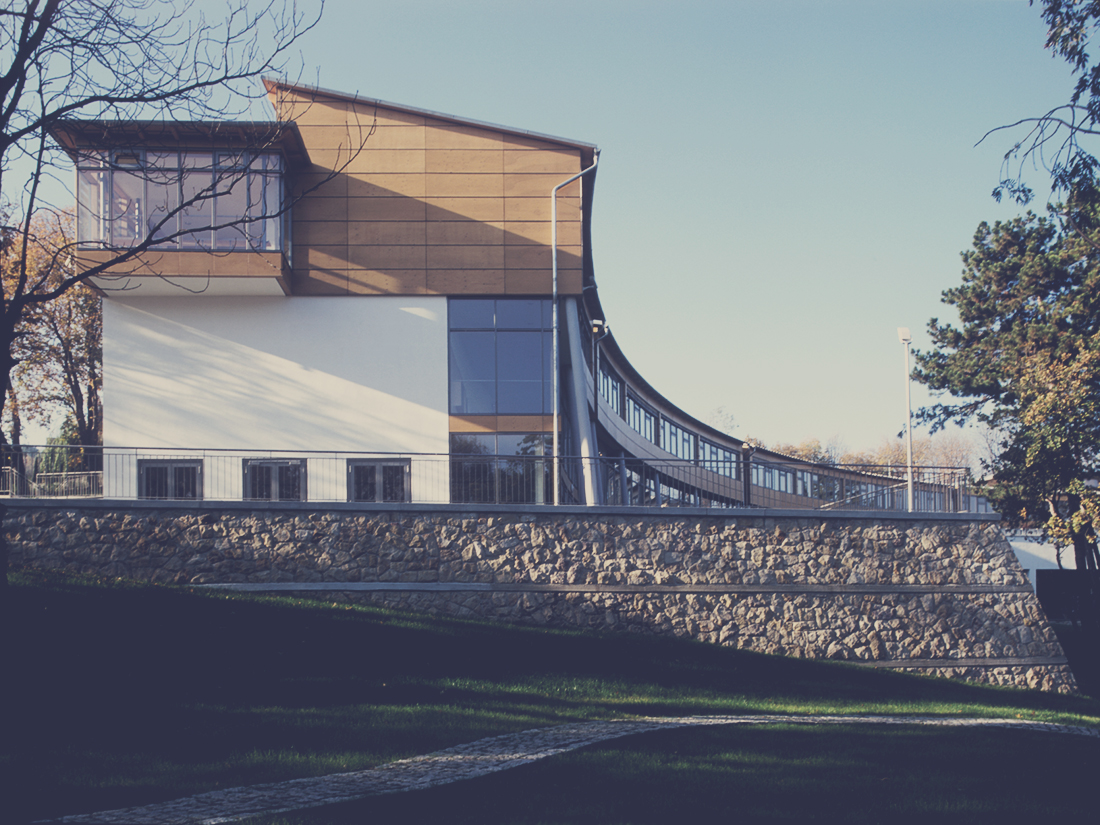 A german arcitectural office, Scheffler Warschauer & Partner created the concept of the building. We participated in the formation of the final image. The school is basically determined by three motifs. First it adapts to the surrounding untouched nature, and in spite of its enormous dimensions the building does not do harm to but makes use of the conditions of its enviroment. Second, it is unquestionably modern: all of its used structures are modern and made in an excellent quality. Third, we managed to avoid the rigidity modern architecture has been so often accused of. While it is a modern house up to its last detail, it is friendly to the fullest degree possible. It is primarily due to the fact that when selecting the materials, wood received significant emphasis, several coverings and supporting structures, and the floor structure of the first floor is made from wood. At the same time, the building is characterized by transparency as well, which makes it a democratic and free house. Warmth and freedom is all that can make the 12 years of primary school rich. 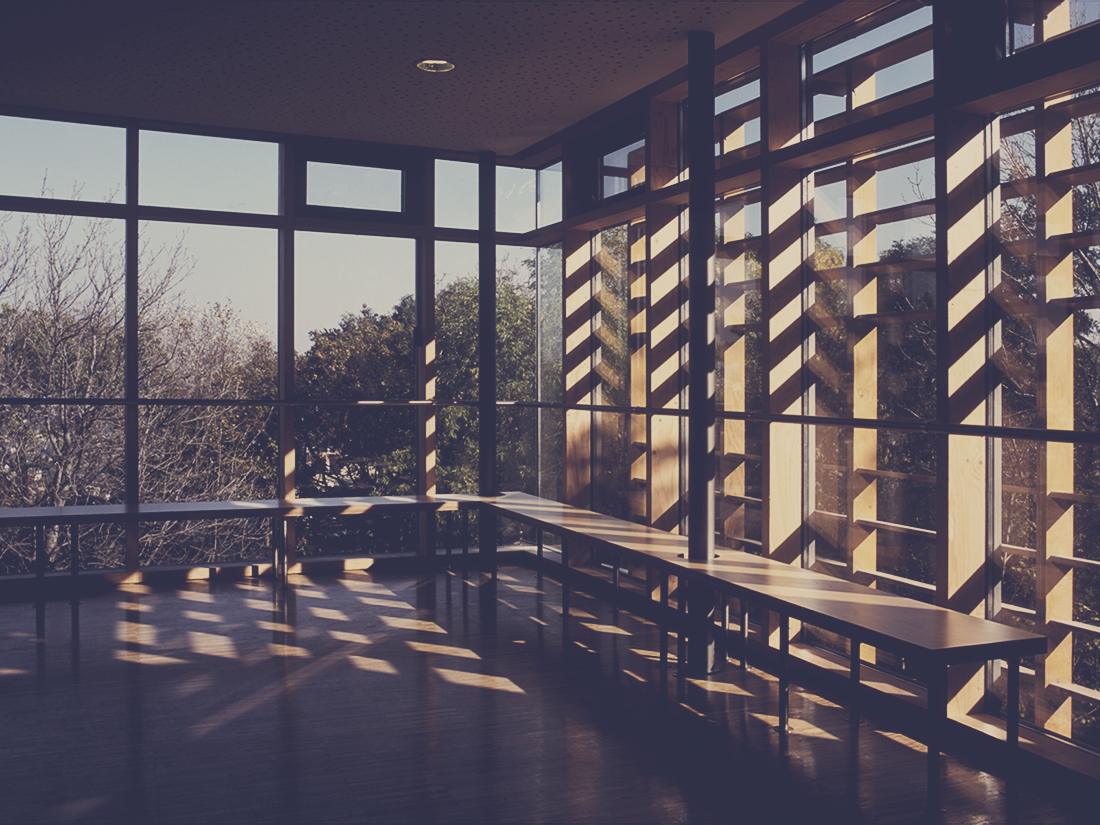 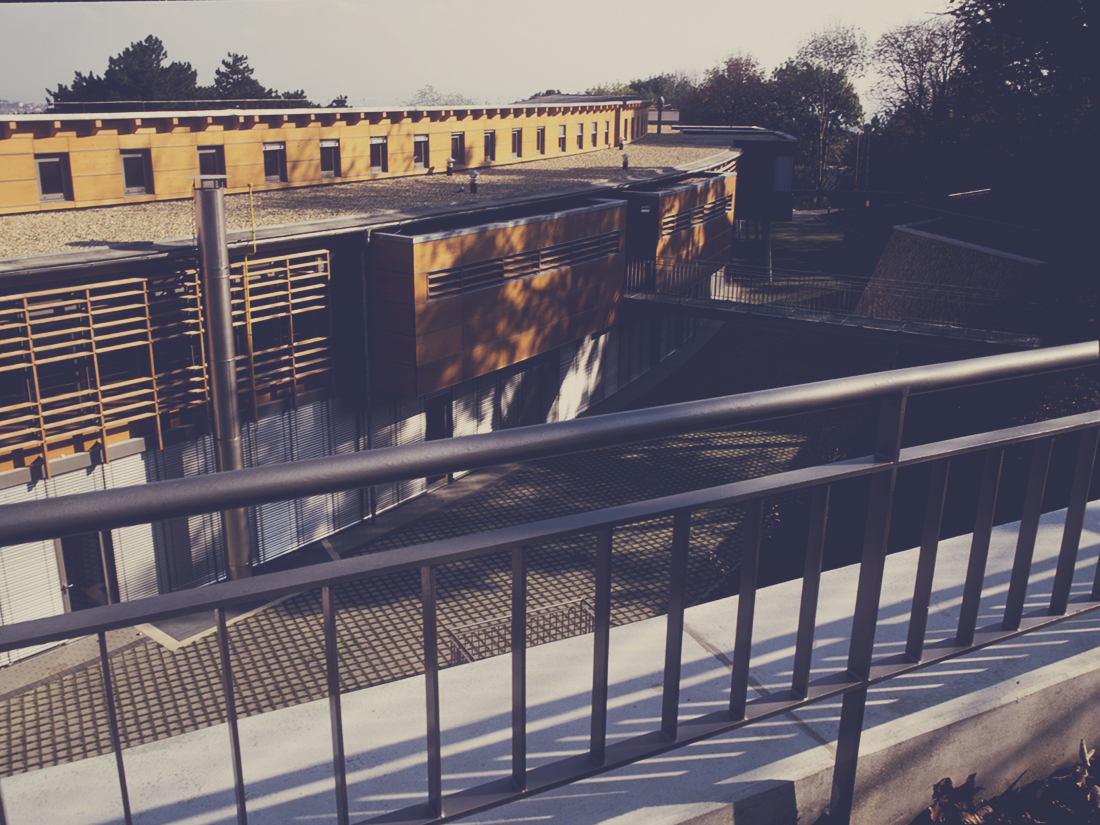 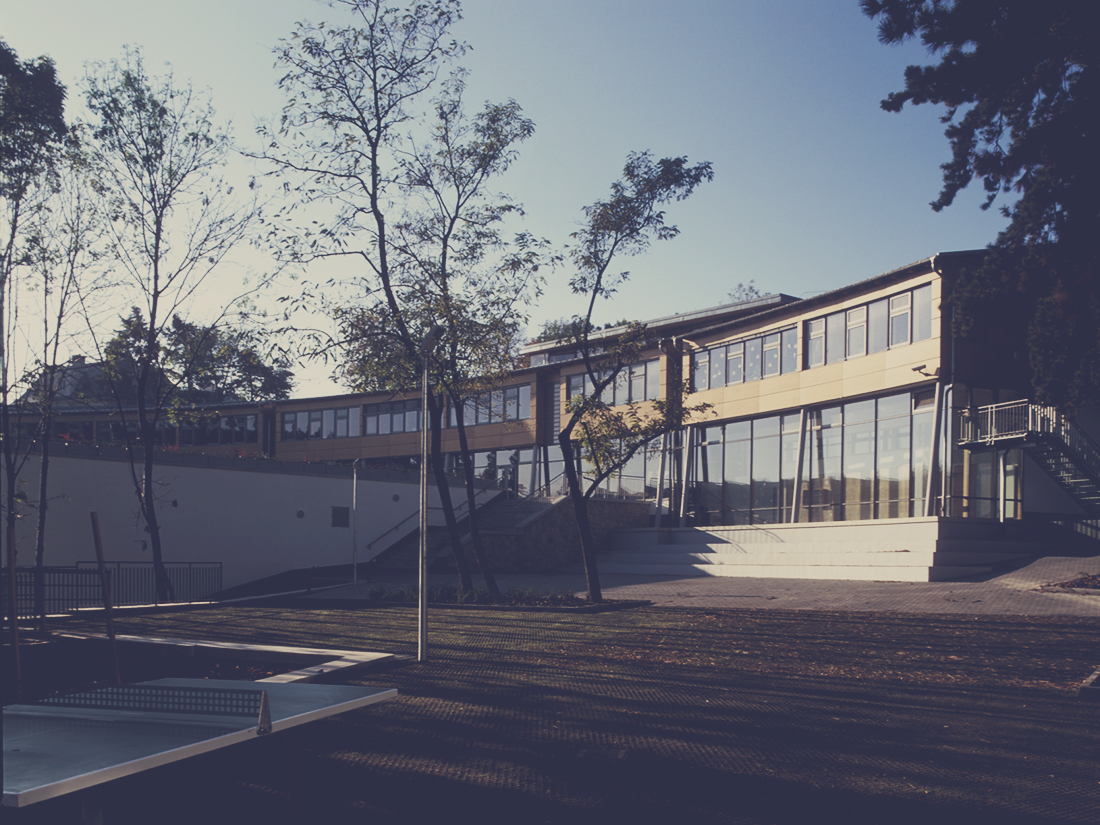 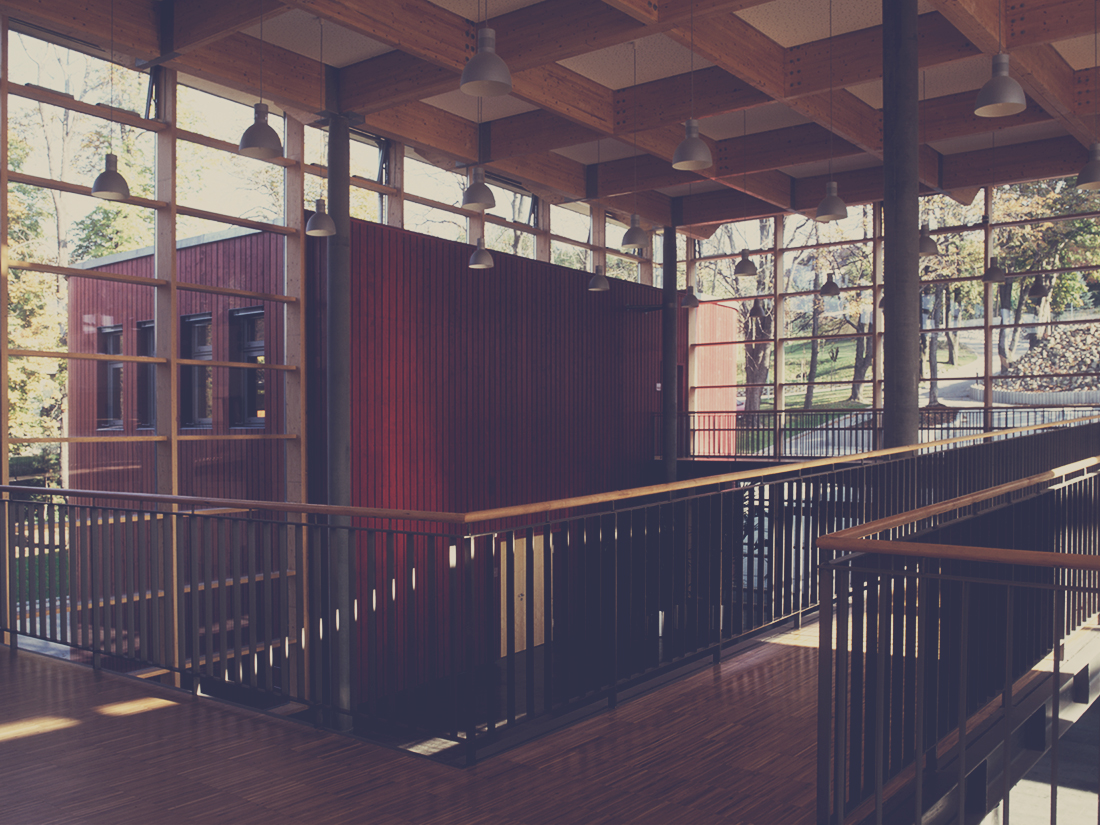 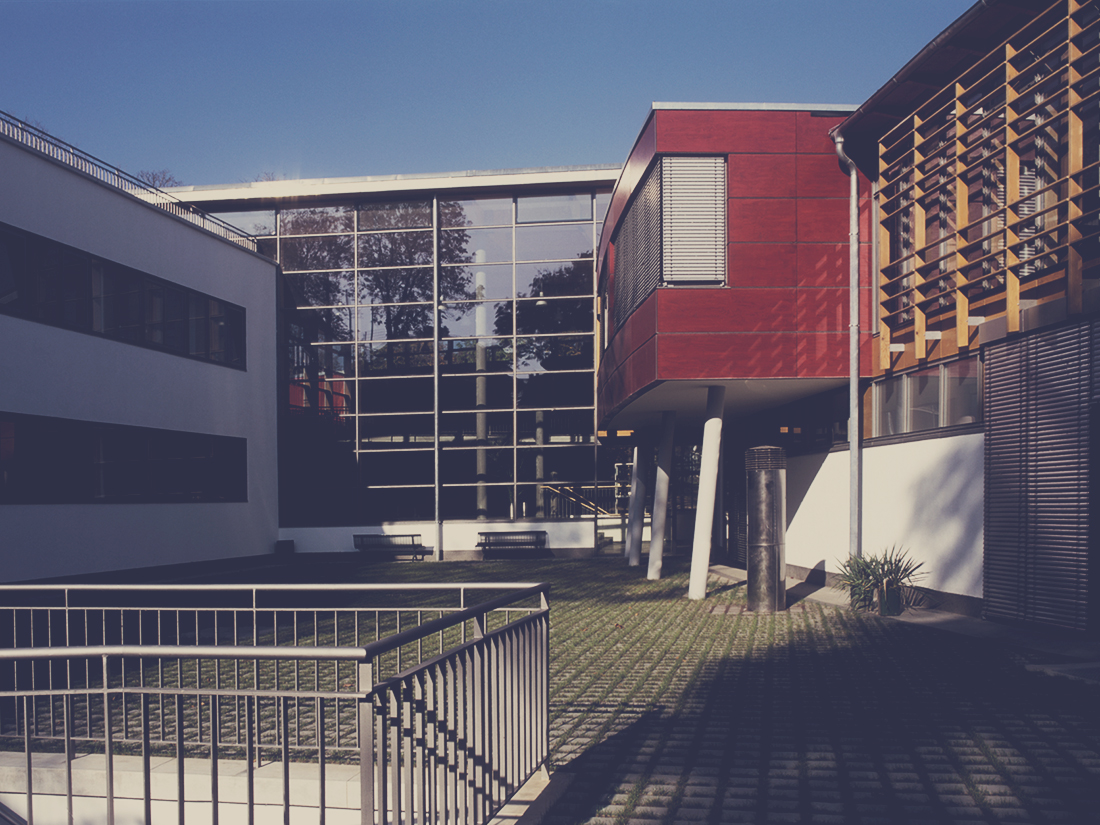 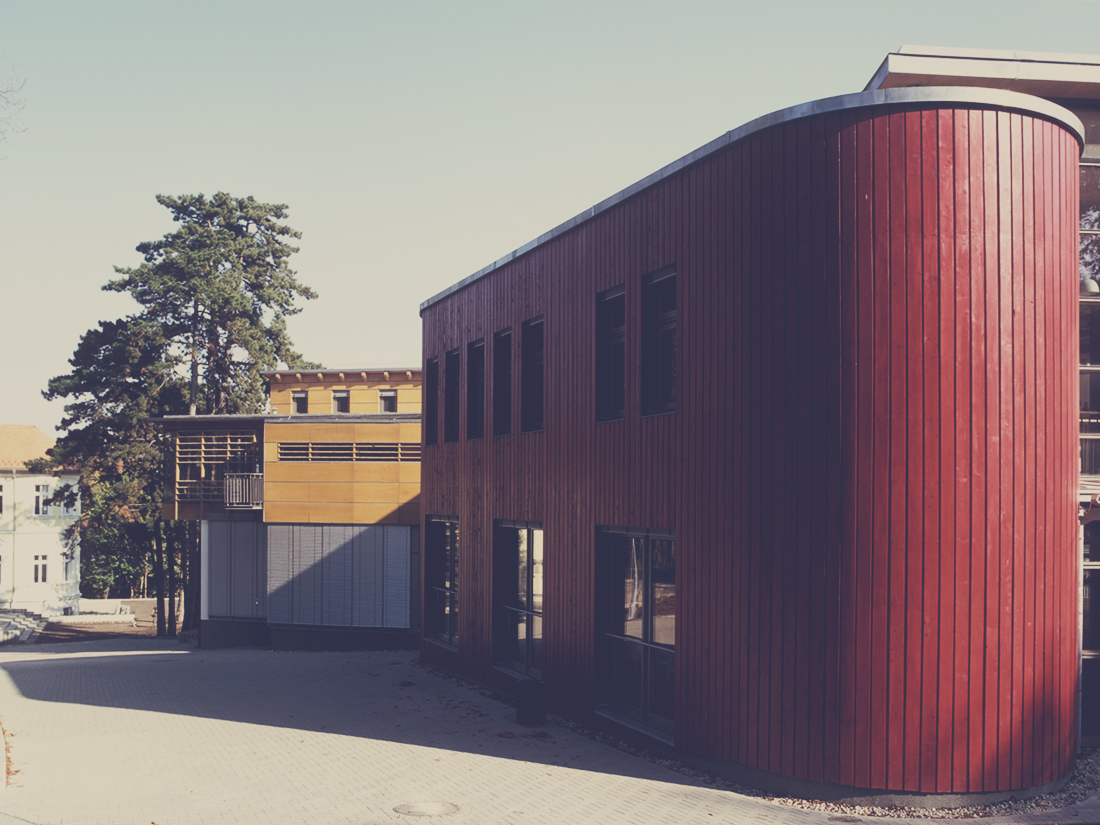 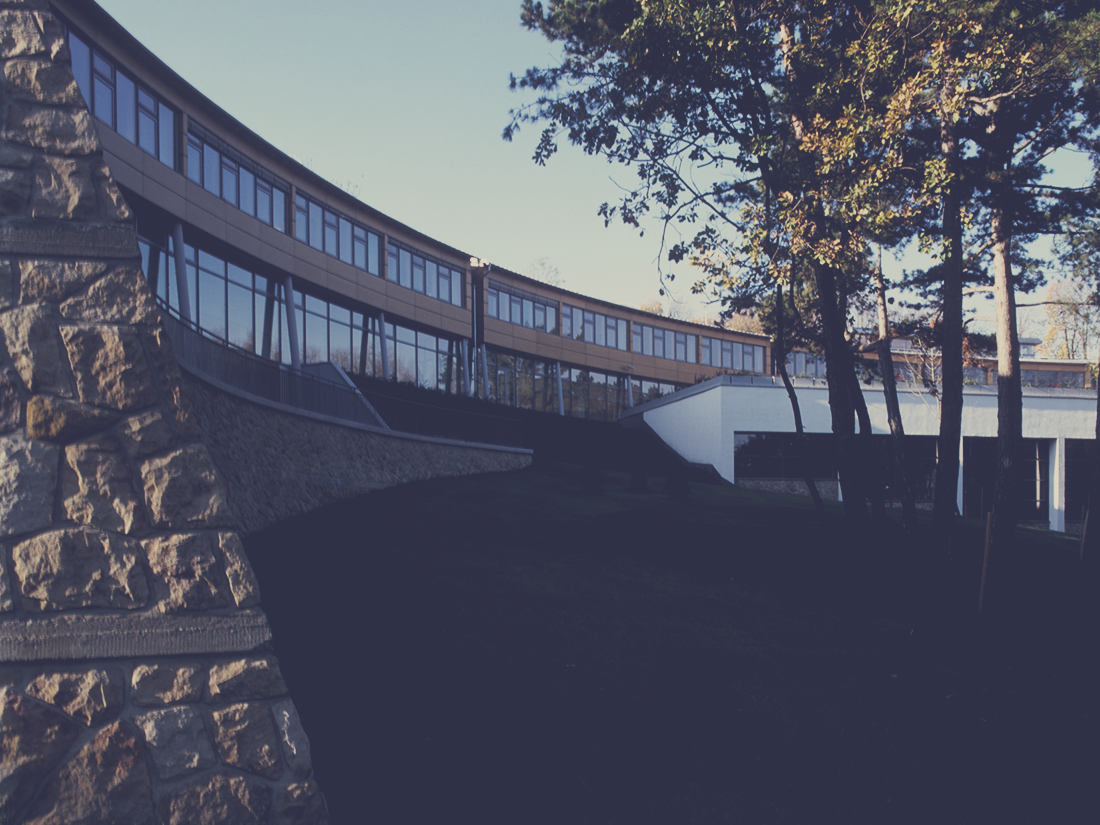 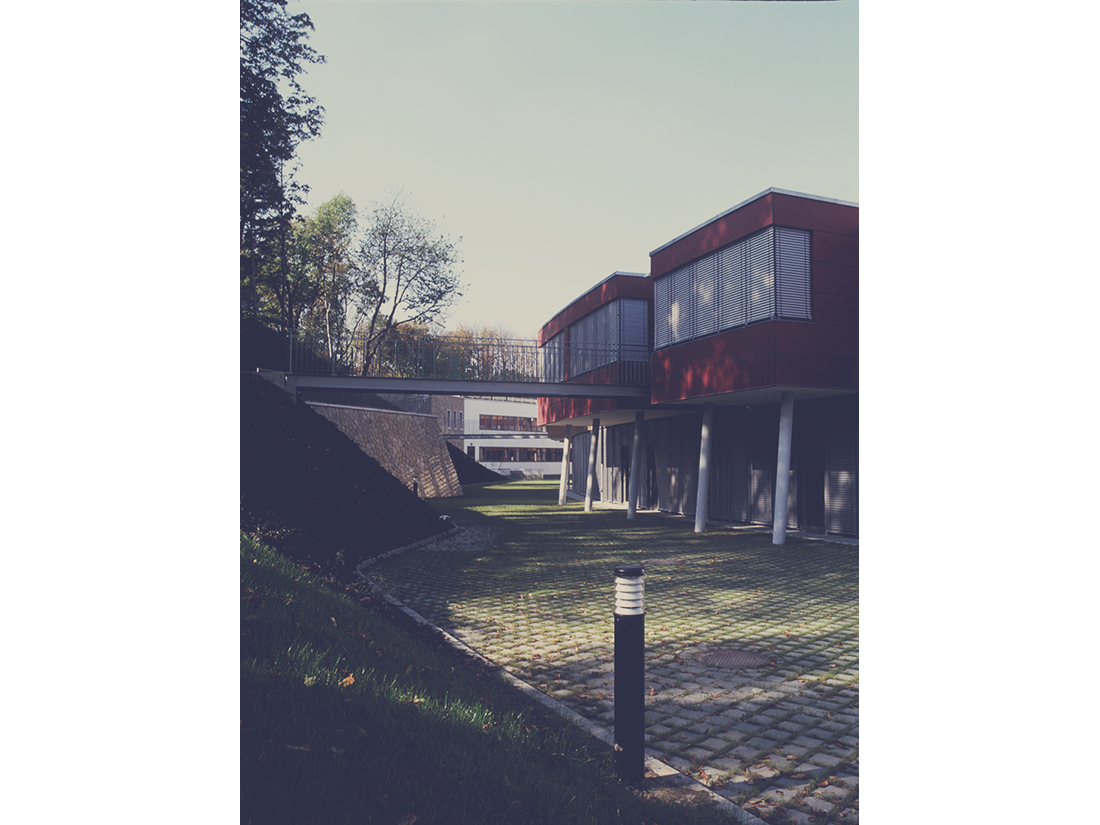