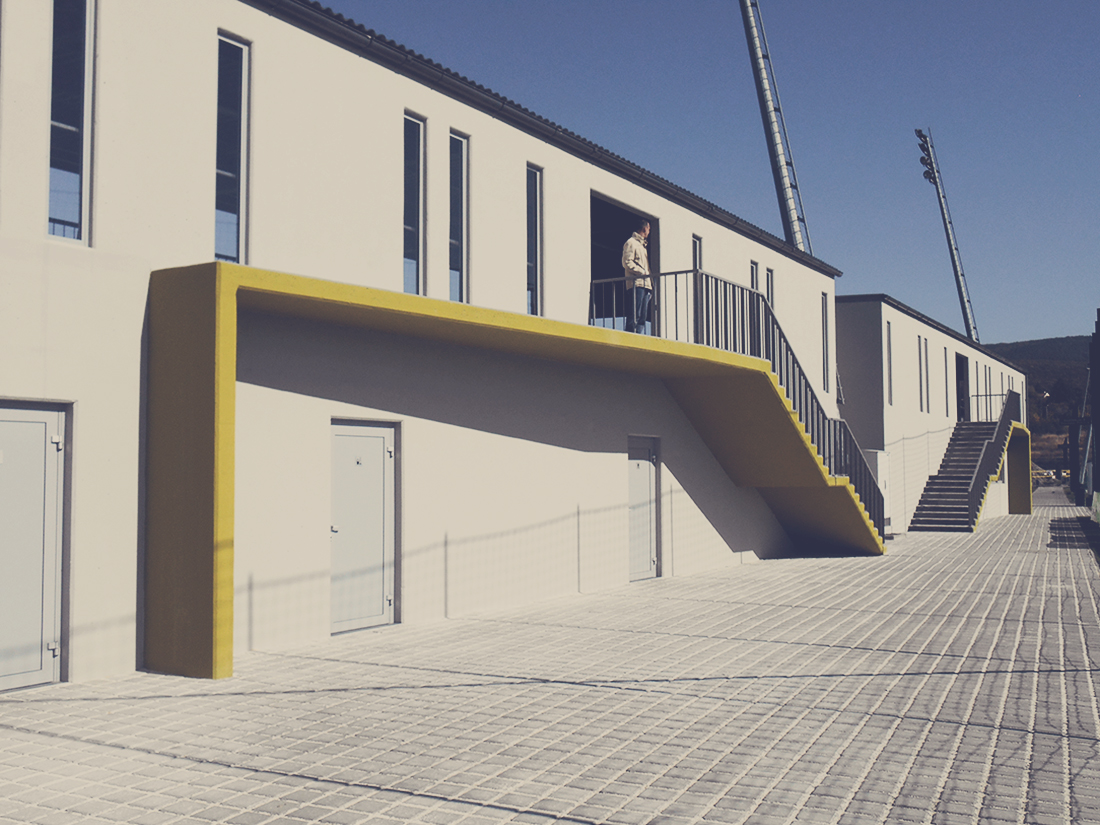 The existing 240 seat grandstand had to be extended in a space-saving and cost-efficient way. The aim of the development was to increase the capacity up to 400 seats.
Following the original architectural concept we applied steel structure roofing, reinforced concrete surfaces and steel rails.
The building length remained the same but the width and the height of the mass was extended. The three new rows are based on the concrete core of the three existing ones.
The extension contains the sanitary facilities, storages, a snack bar and two new stair flights.

The extension also involved the demolition of the old roof, its supporting steel structure and partly the rear concrete wall.
The building façade was cut into two parts by a lighting pole, which we had to keep, and place the new external walls around the column. Thus the initially long mass became less monotonous.
The tall narrow windows of the rear wall -like arrow slits- grant out of the wind view onto the other pitches.
The entrances are determined by the characteristic elements of the southern façade, the brightly colored stair flights. These concrete slab sheets look like folded cardboard stripes. The vertical sections separate some functions. We applied the sheets as canopy and terrace in another position. 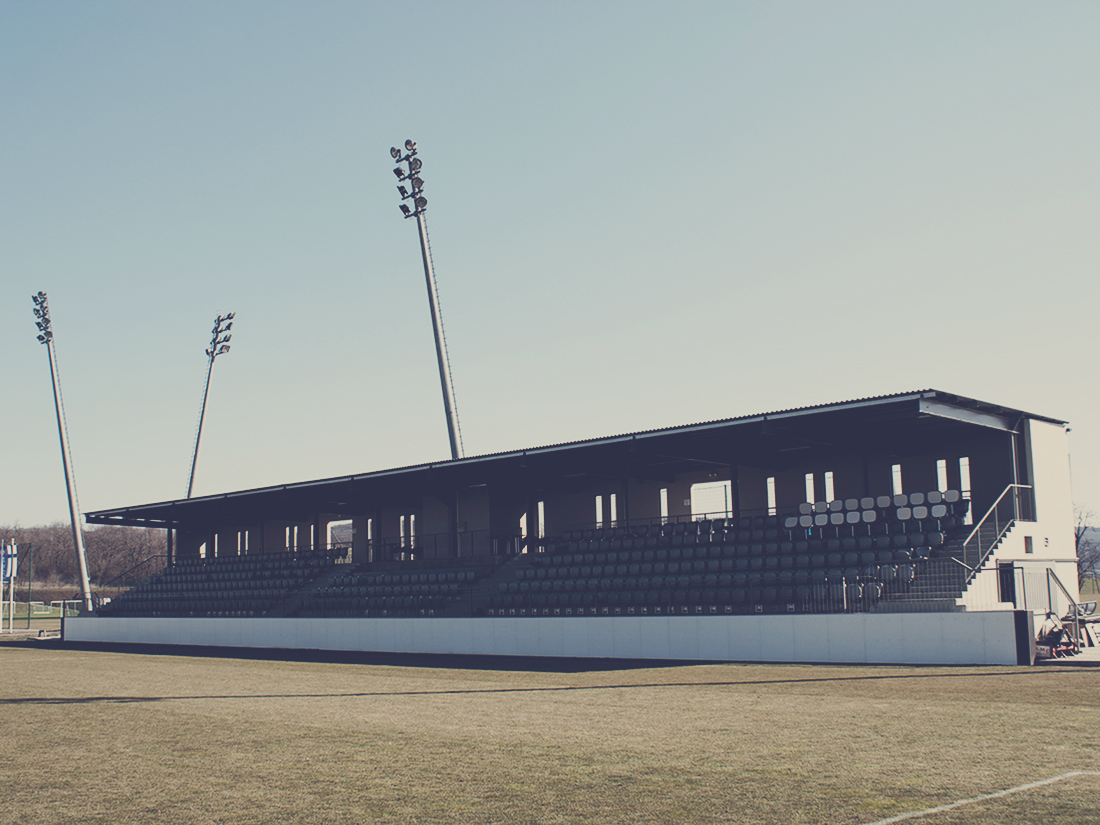 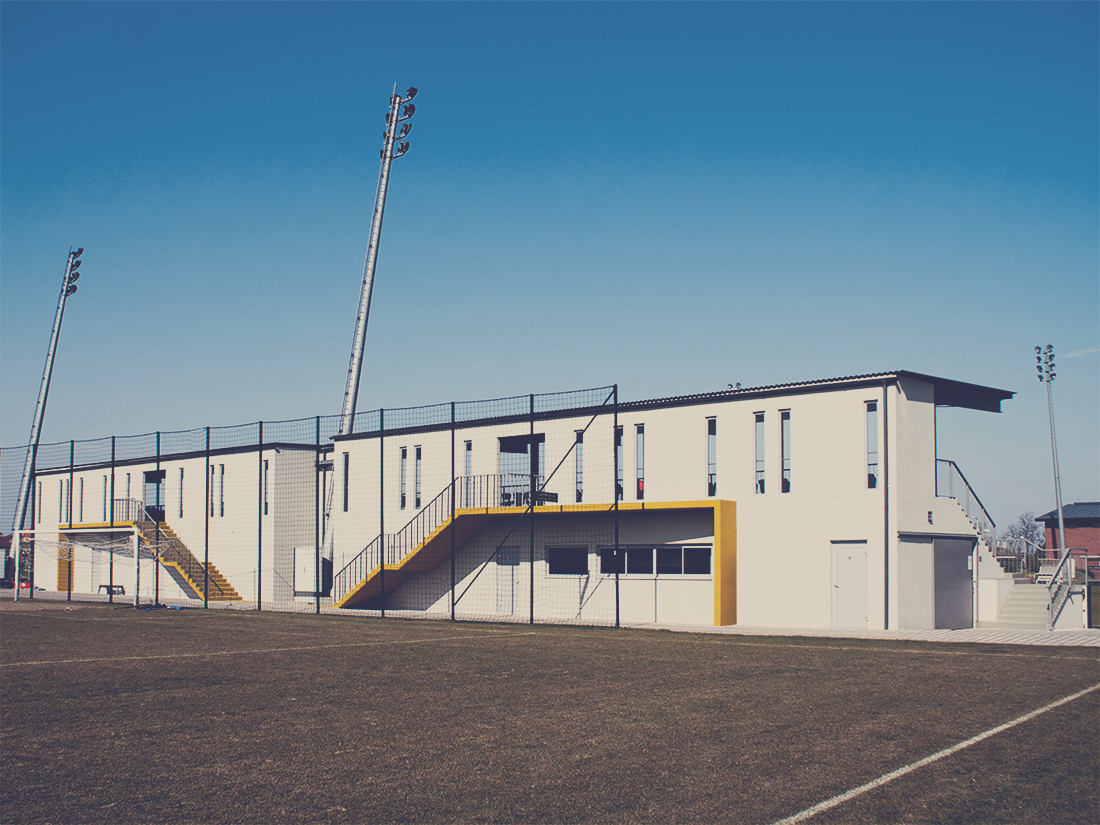 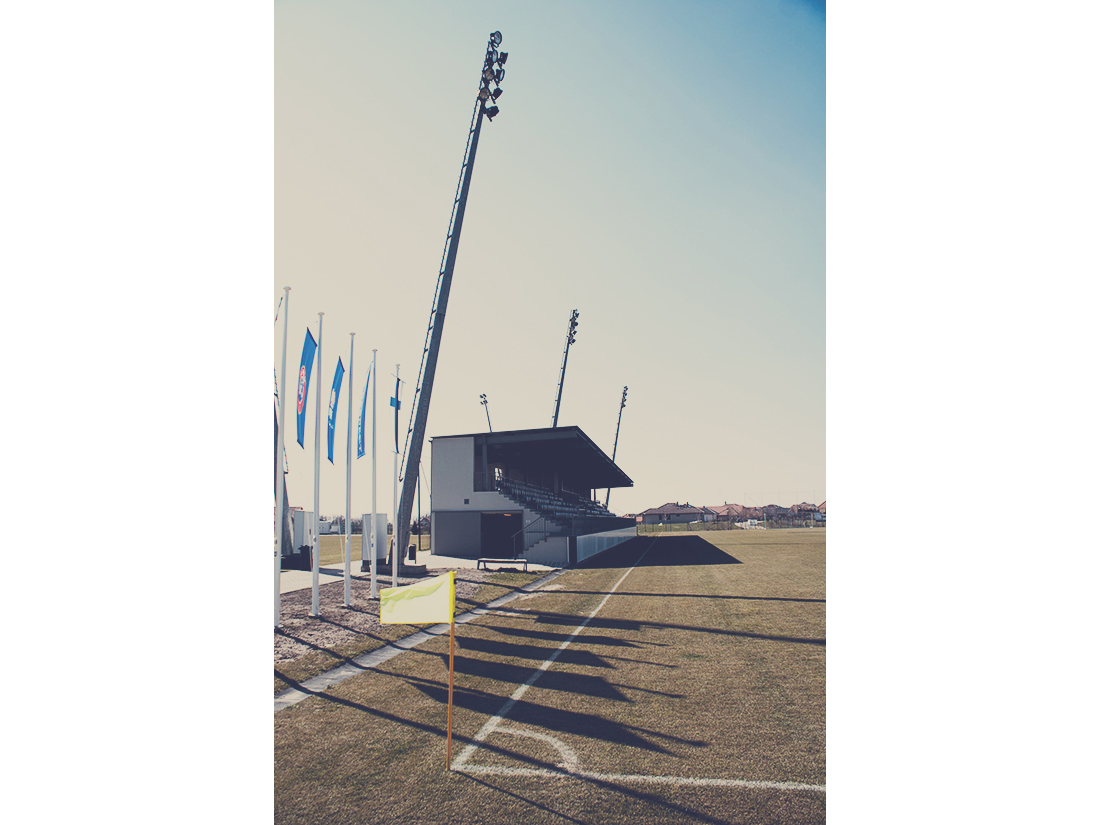 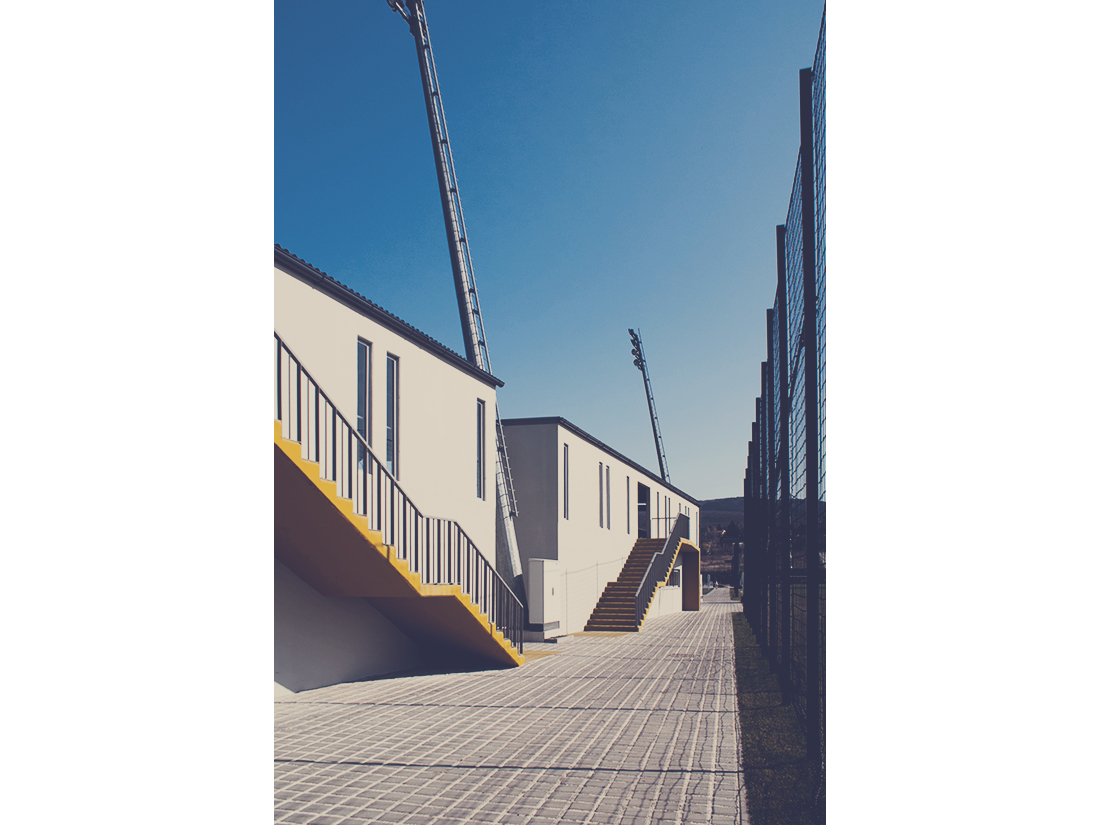 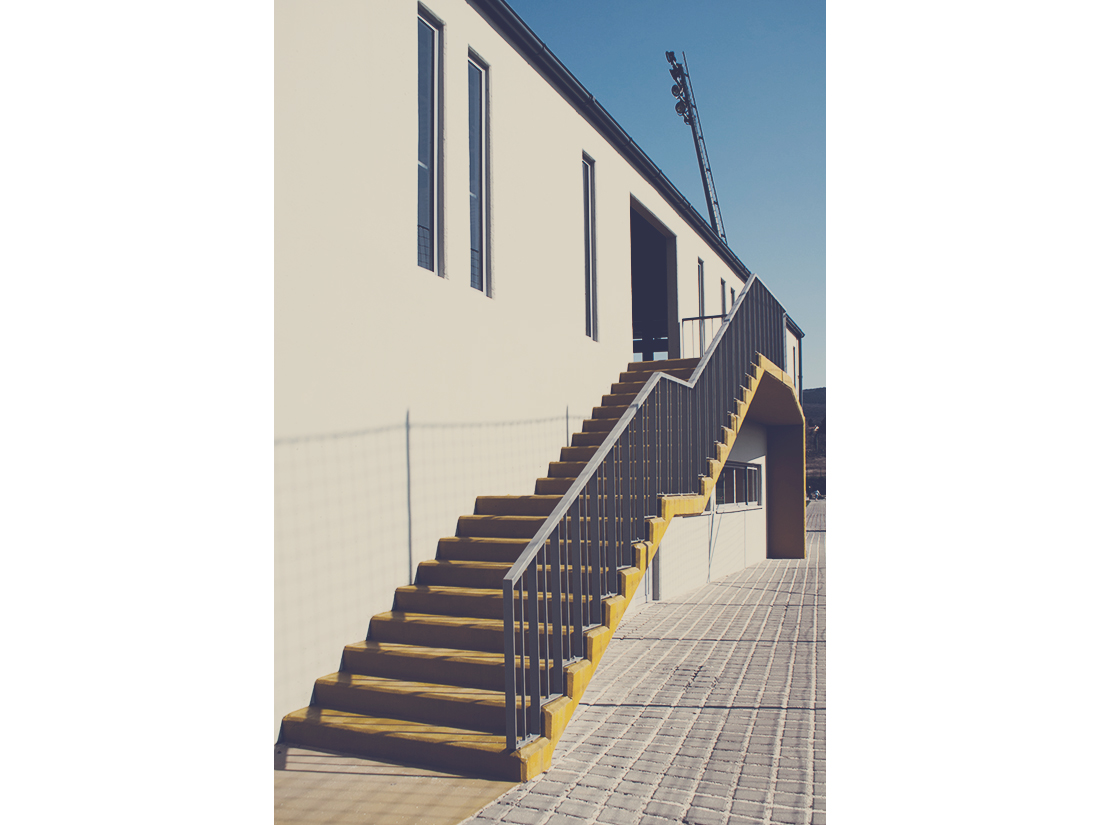 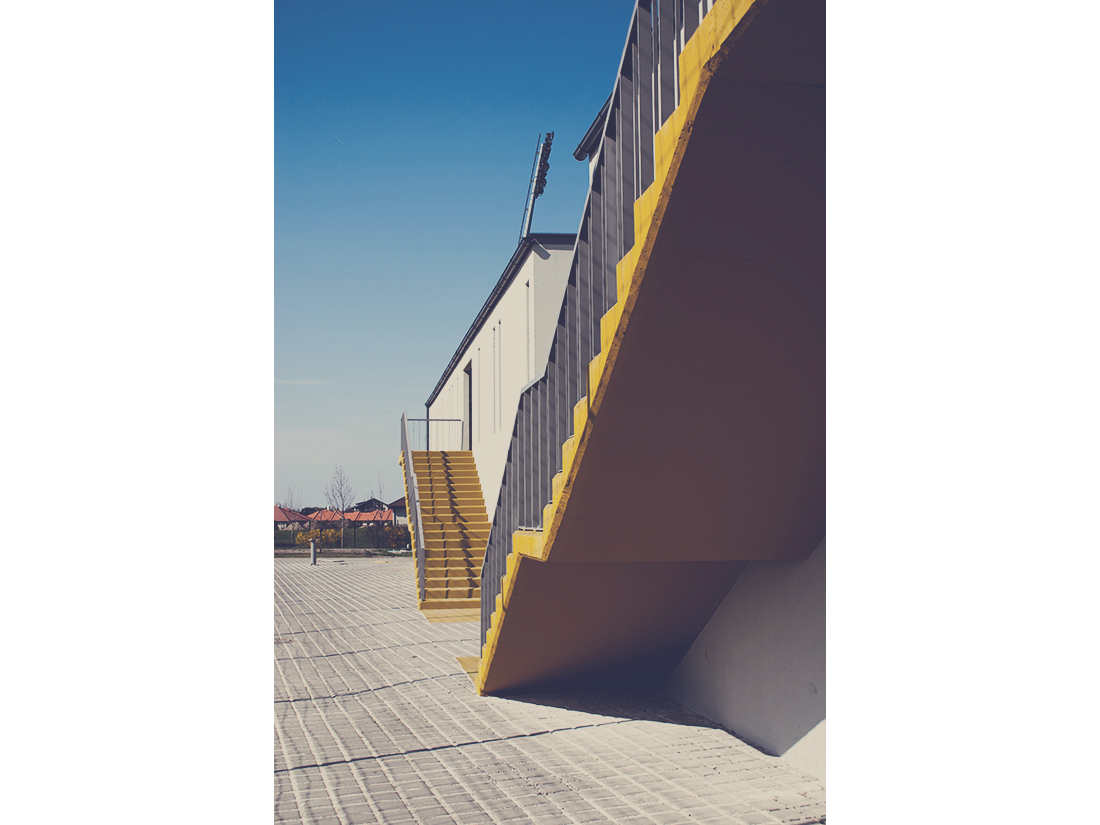