The Telki Globall Hotel was built in 2009 on the basis of the plans drawn up by Sándor Bakonyvári. After four years the hotel decided to create an indoor swimming pool and place the new spa facilities in the new building wing as well.
The original planner participated in putting together the programme but was unable to undertake the task. We won the commission in a call for proposals.

Extending an existing building is always a challenge. The architectural emphasis of the new and old building parts, its situation in the newly created building complex varies depending on the given development situation and concept. One thing is sure, the new must be markedly differentiable from the old.
However, when extending a building that is just a few years old, this basic principle cannot be rigidly applied. At the same time the “continued construction” of the building, the copying of the original architecture is not possible either.

We succeeded in ensuring that the old and new building parts are not in a subordinate–superordinate relationship with each other, but are equal in rank.
The proportions and character of the new building wing are the same as the old wings, masses with a gently sloping gable roof. Although we did not continue brick surfacing hole architecture of the existing building, but we covered the mass with a material (rolled metal plate) that was originally used for the roof of the hotel as well. The seriousness of the anthracite coloured mass is broken by the façade surfaces made from red compact sheeting and the stained wood moveable shading.
As a result of the use of materials and the mass structure, the connection, in spite of the corridor links, is not a loose, broken-off connection, but a clear and emphatic element that has grown from the existing building part.
The interior design of the spa wing was carried out by the Kroki Studio. 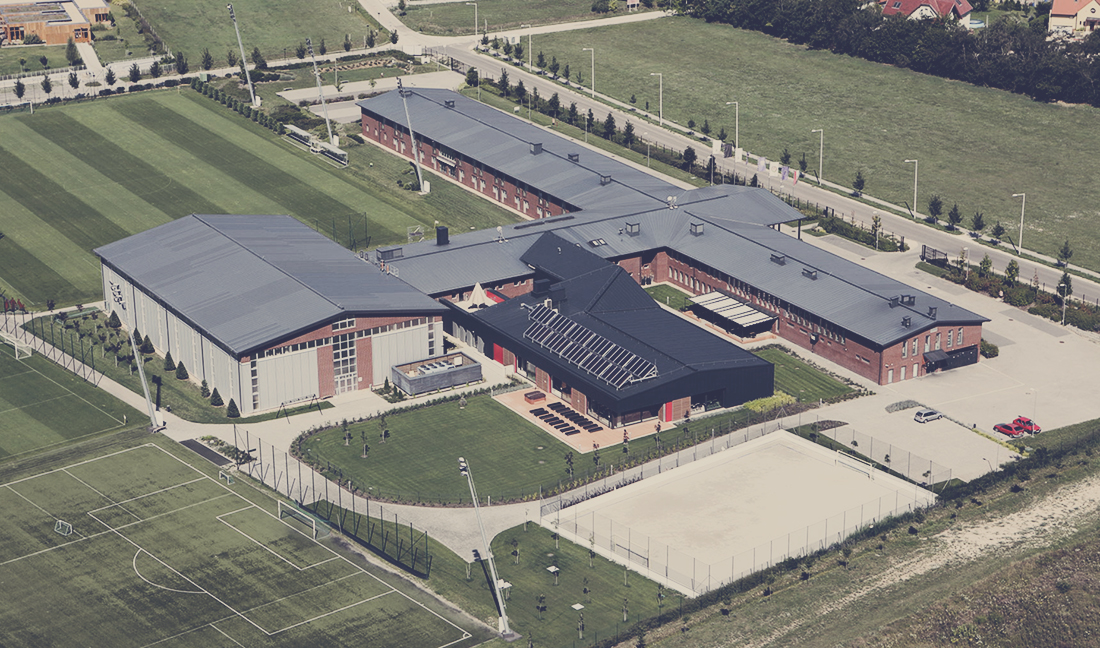 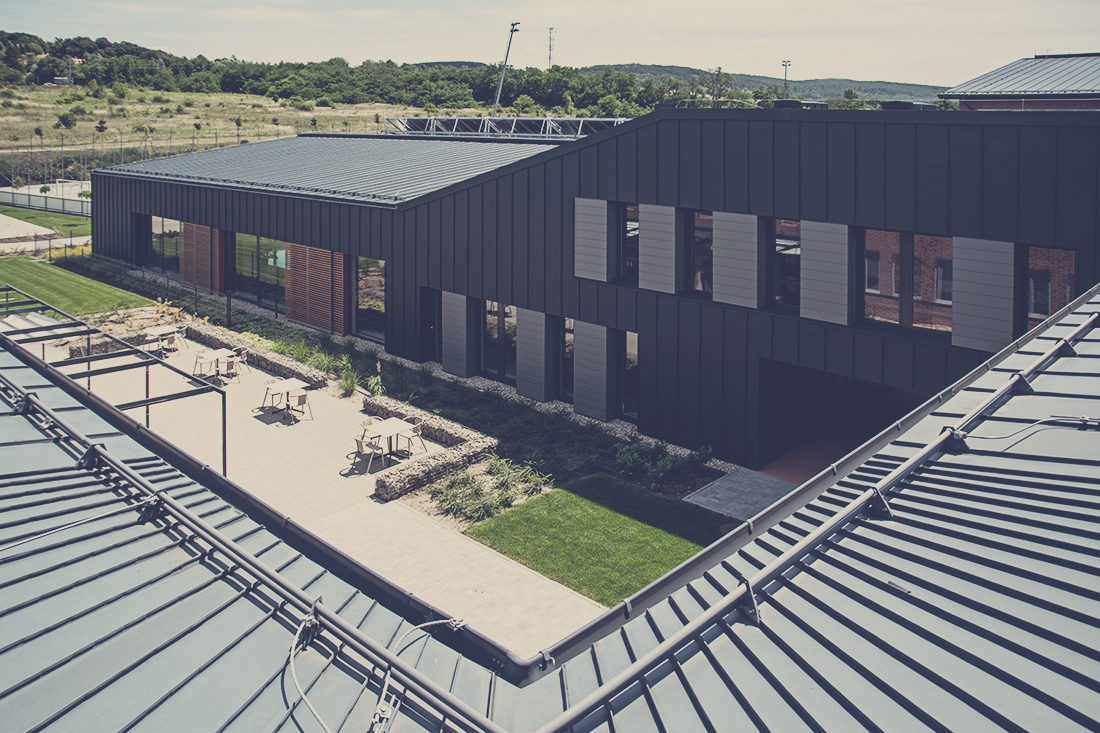 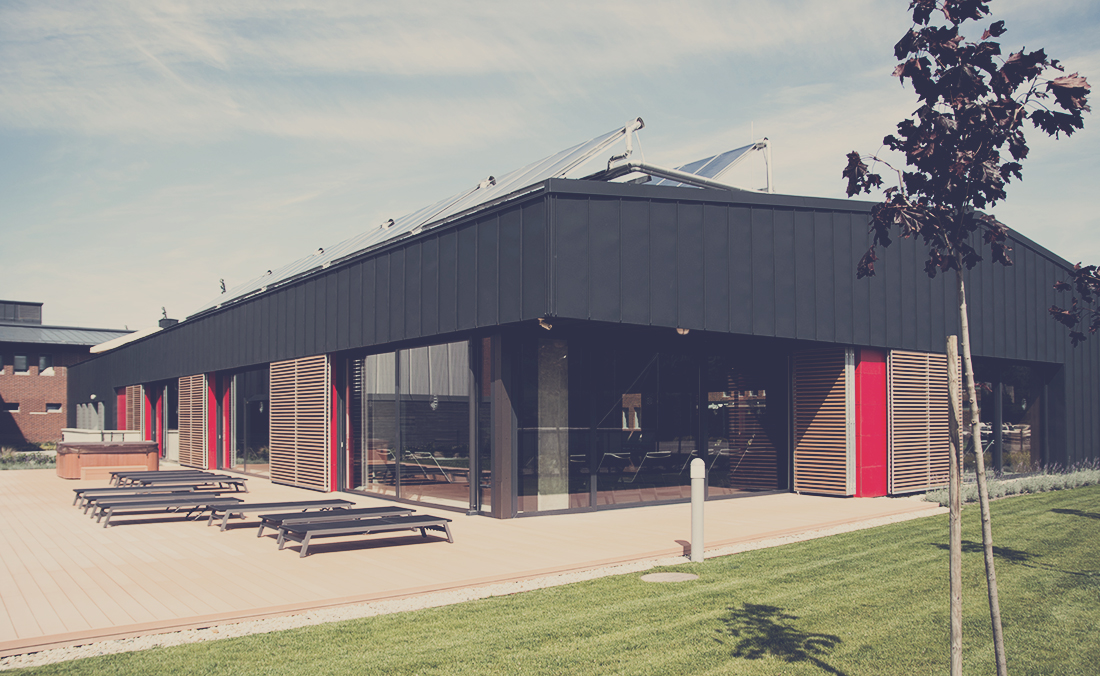 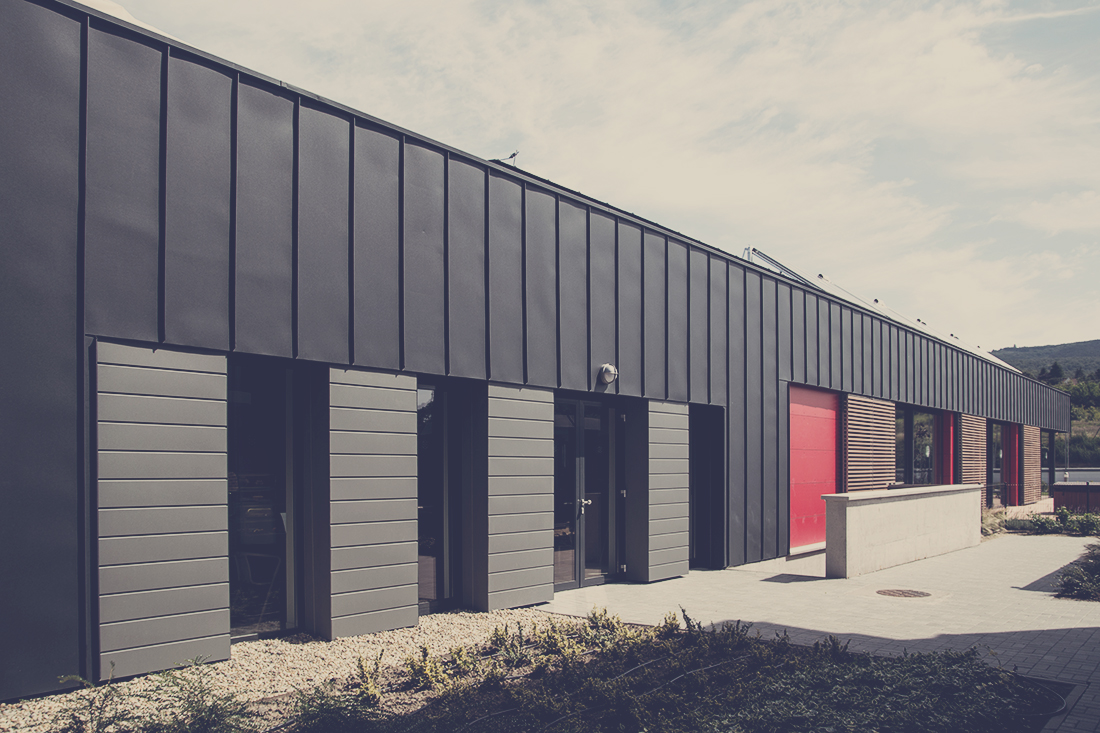 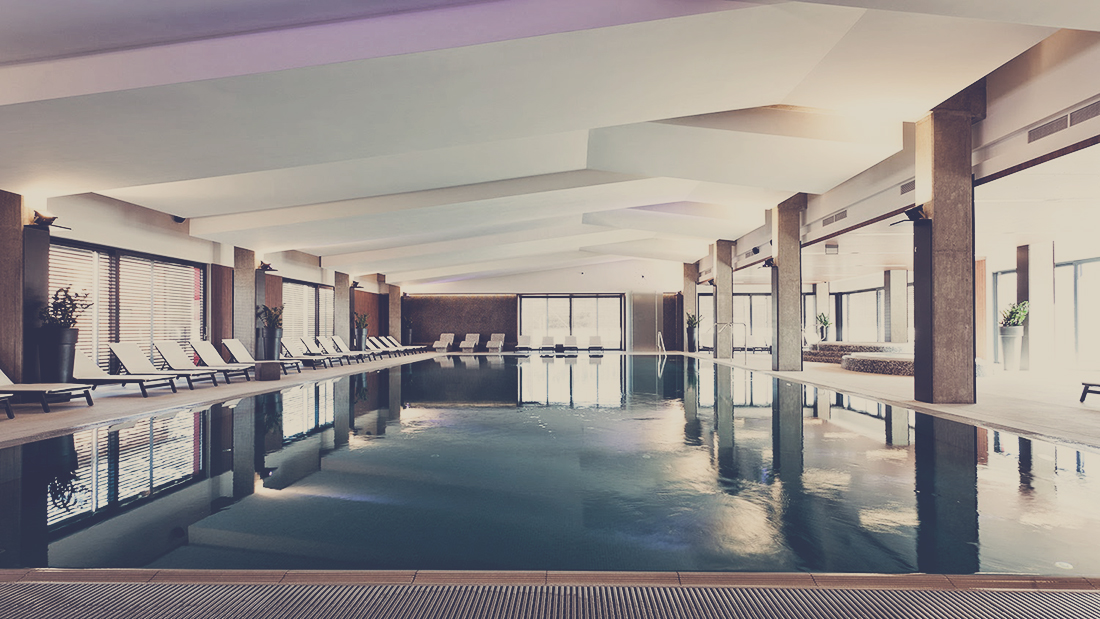 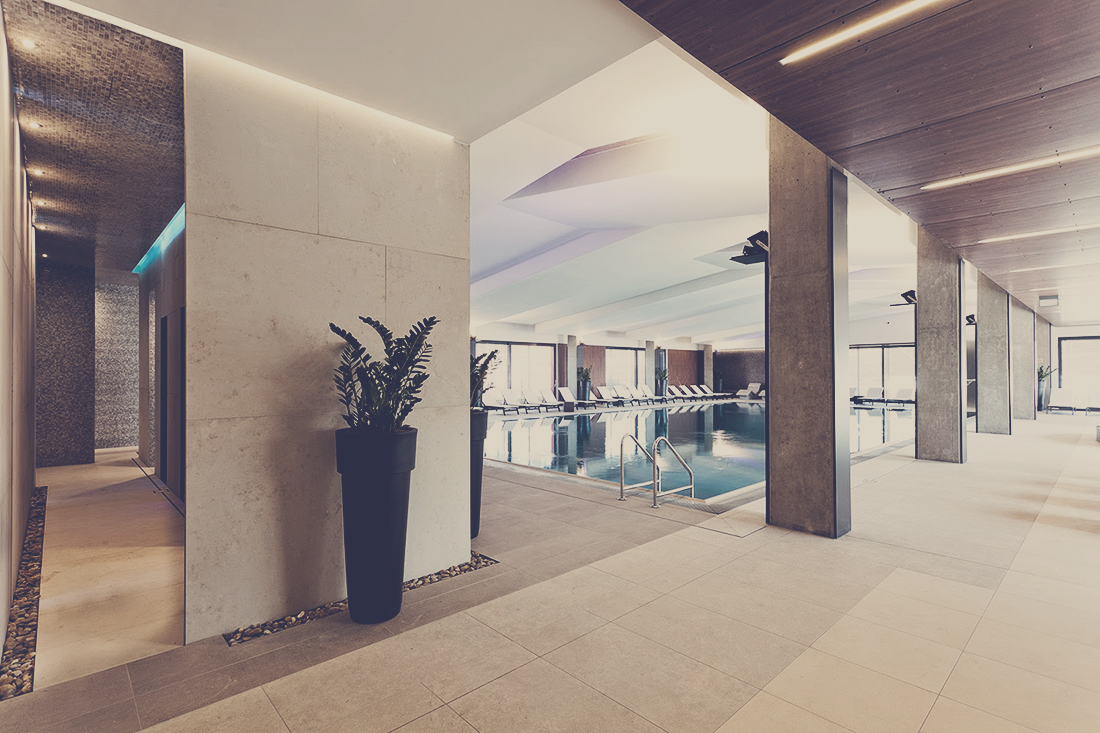 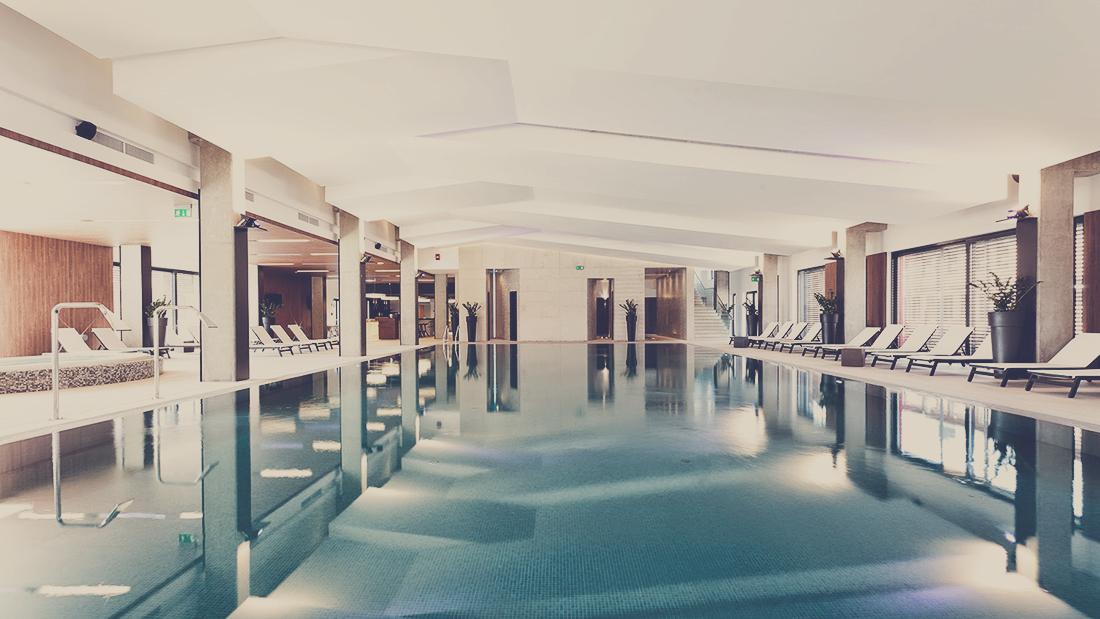