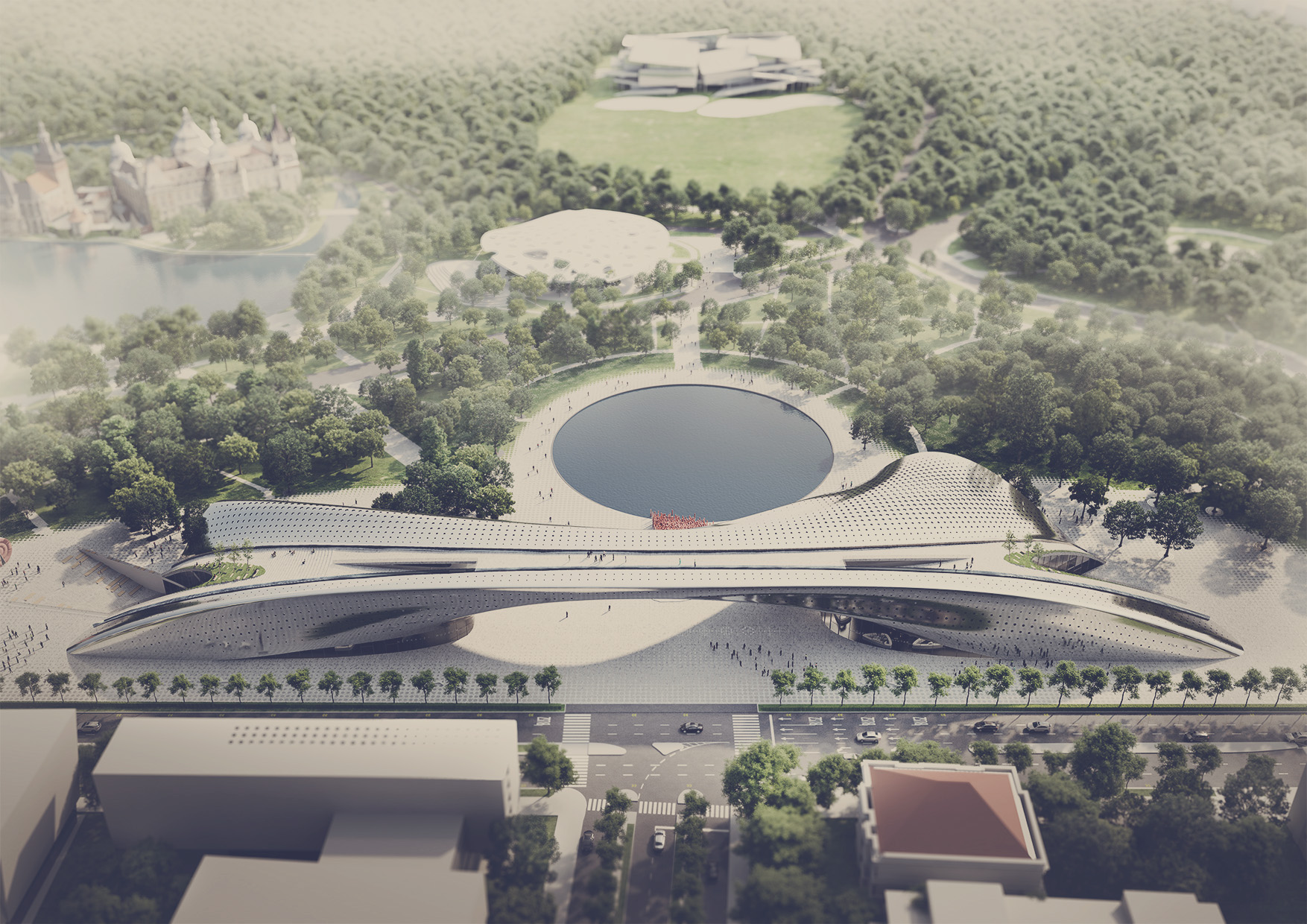 In January 2016, Városliget Zrt. announced a restricted, two-stage international architectural competition for the design of the Museum of Ethnography, to be implemented within the framework of Liget Budapest Project, to be located in the Városliget area of Budapest, in the vicinity of the Monument of the 1956 Revolution.

Our office was invited to the competition among several well-known international architectural firms, and we submitted our plan in collaboration with T.É.R. Alkotó Tervező Stúdió.

Gate motif: the building reinforces and restores an earlier urban structure axis, which were marked by the Városligeti fasor and the Rondó. As a ‘Gate to the Park’, it functions as a physical and spiritual gateway between the City and the Garden, i.e. a man-built environment and natural environment. At the same time, similarly to most historical gates, it also functions as a lookout tower.

Internal space structure: the layered ribbon-like internal masses of exhibition spaces are a metaphor of interconnected cultural stratification. The design of internal spatial structure is based on the diversity and interaction of cultures.

External shell: universal culture built of subcultures, an integrative experience of our times, laps over, weaves through and wraps the strip-like stratification of exhibition spaces like a veil.

Visitor experience concept: the concept is based on an emphasis on the contrast of internal and external spaces: exhibition spaces are surrounded by a sort of man-built ‘outdoors’, an intermediate space filled with experience and tension.
The exhibition spaces are concentrated in enclosed blocks, independent of the external shell, offering a separated and tranquil space for a concentrated museum experience.

Interaction of urban texture and natural texture: the building responds to its unique spatial position at the boundary of man-built urban structure and the natural environment. The Dózsa György út façade is more enclosed, only opening up near the main entrances. By contrast, the façade facing the Park splits open, offering large surfaces for the sight, its vast glass frontispieces connecting the green environment with internal space.

Interaction between the ‘56 Monument and the Museum: the ‘56 Monument is placed in a much more prominent position: in the middle of the ‘Gate’, with the upper mass of the museum building reaching its narrowest point right above the Monument, preventing it from covering up the sight of the sculpture from above. The chrome steel surfaces of the external shell reflect their environment, including the Monument, establishing a particular system of relations with the Monument. 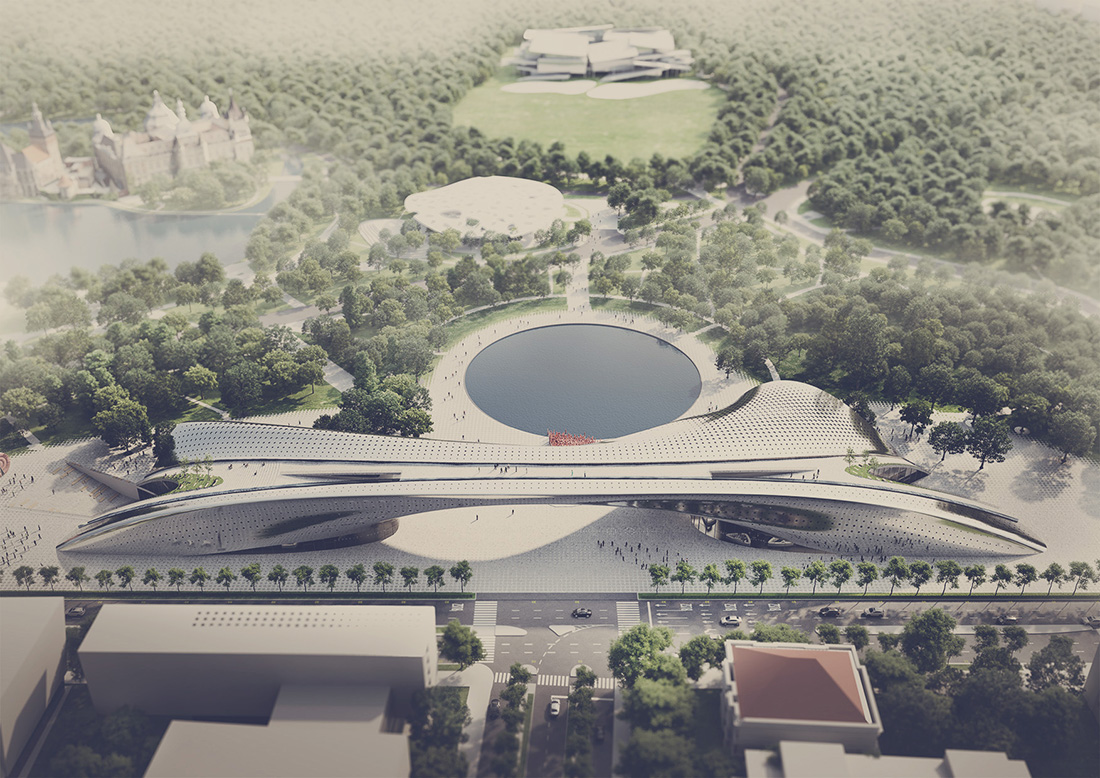