IN TOUCH WITH NATURE AND ART

The New National Gallery, as part of the Liget Budapest Project, is to be located in the city’s main public park (Városliget). Design of the building was conceived by Japanese architects Kazuyo Sejima + Ryue Nishizawa / SANAA. The executive architect in charge is Bánáti + Hartvig Architects.

The concept conceived by SANAA is to create a bond between nature and the built environment provided the basis of the architectural concept. The design envisaged the museum as an extension of the park, creating a dialogue between the museum building and the surrounding green space. This effect, and thus the visitor experience, is provided by the structure of the building. Transparency is evident in its appearance, thereby inviting people walking in the park to come in and releasing them back to the park on departure. This interaction is increased as the building can be approached and entered at ground level on all sides. The transition between outdoors and indoors is created by external and internal inclined walkways along a glass façade, which lead as continuations of the park’s paths to the upper levels of the building.

The exhibition area will house Hungarian artworks from the 19th century to the present day in box-like units for conservation considerations. These areas are surrounded by airy, translucent spaces where event, lecture and museum education halls, workshops and other service units are situated. These spaces create a link with the outside due to their transparency. In this way the design concept allows visitors to be in touch with art and nature alternately as they walk through the museum.

The characteristic feature of the building is the double curved roof structure. The shape of the roofs and the inclined walkways running round the building reflect on and playfully follow one another. This structural arrangement creates spaces between the base planes and the masses letting natural light penetrate the interior of the building. The height of the roof structure is at the same level as the treetops, again linking the building to its environment.

SANAA (SEJIMA AND NISHIZAWA AND ASSOCIATES) 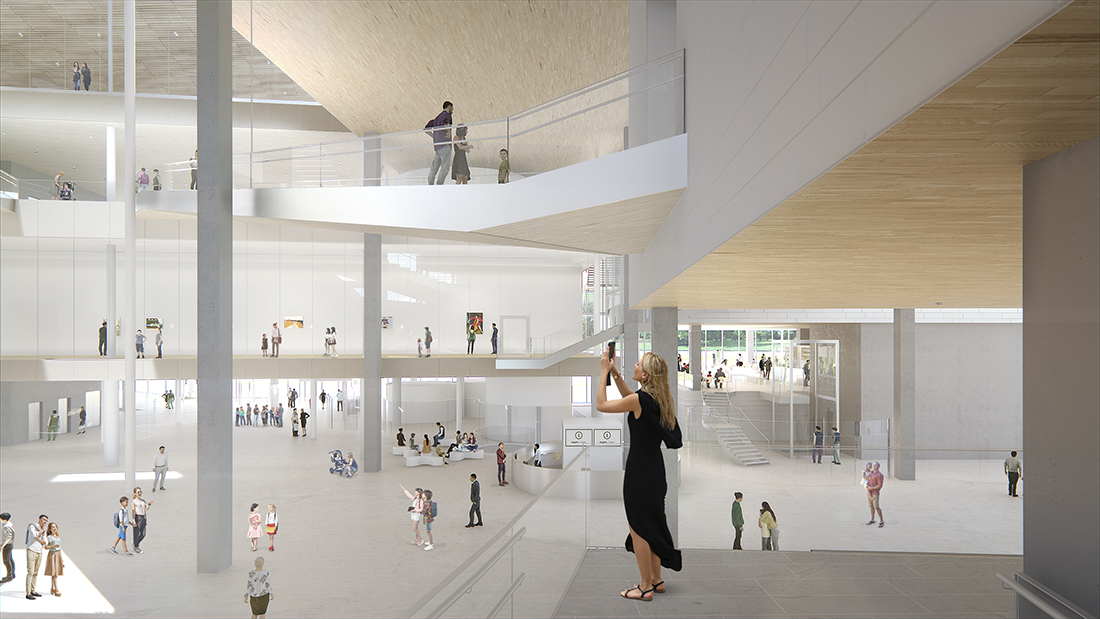 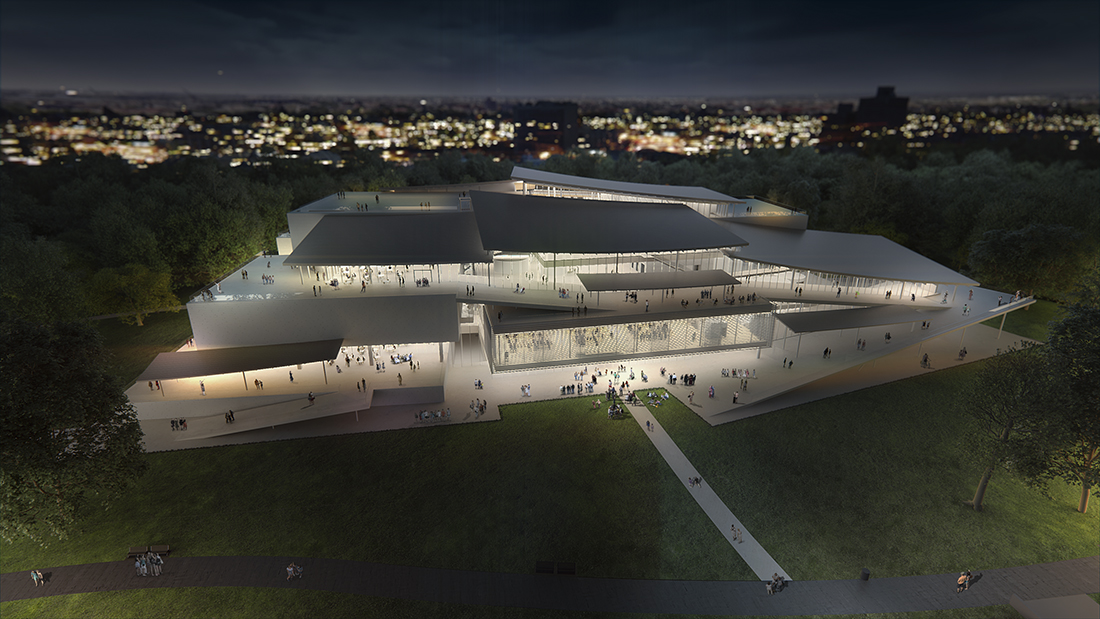