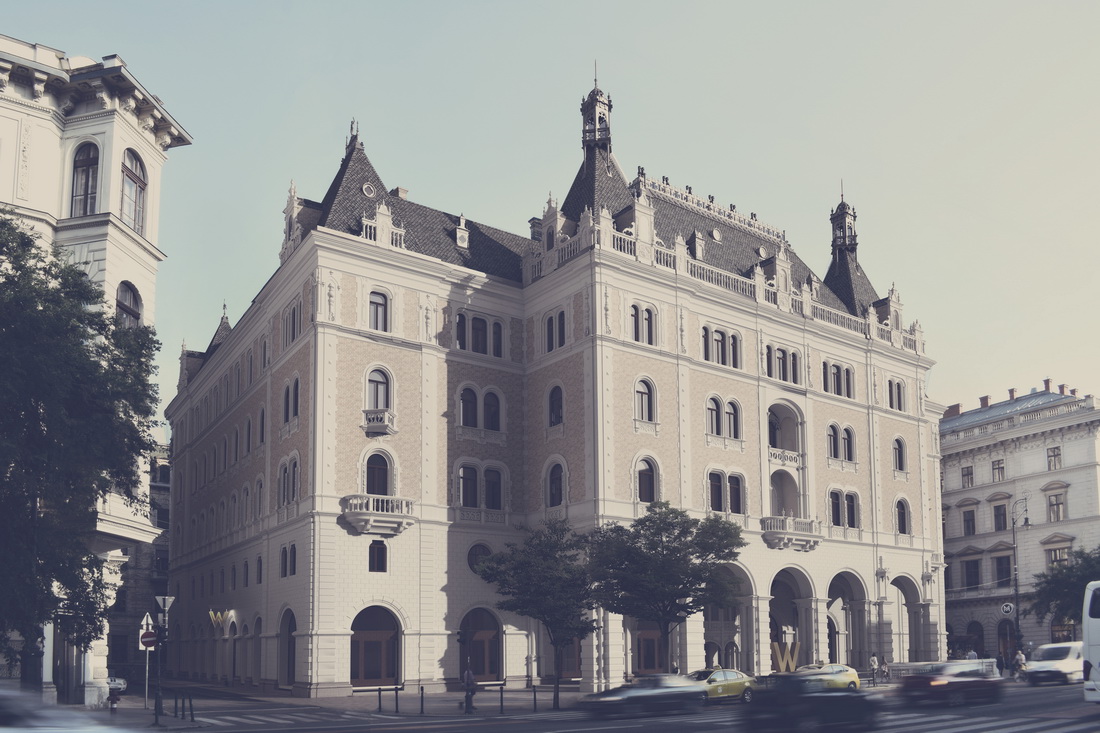 The listed building at 25 Andrássy Avenue is an early work of the noted architect Ödön Lechner in a historic revival, neo-Renaissance style dating from 1883. Due to the construction of the millennium underground railway, it is set back from the building line on a free-standing block bordered by four streets. The building with a basement has 6 storeys (ground floor + intermediate floor + mezzanine + 4 floors) around an inner courtyard and an unusually large empty attic. Originally, it was built for the Hungarian State Railways Pension Institute and functioned as a luxury tenement building with apartments, a café, a beer hall and a skittle alley. Over the years, the functions of the building changed continually: the café became a restaurant and some of the apartments were converted for use as dance studios for the National Ballet Institute, while the remaining apartments were subdivided. Then the restaurant was closed, and the beer hall and skittle alley in the basement were turned into storerooms. Before it was vacated, the building was home to the studios and restaurant of the Ballet Institute, 37 apartments, offices, storerooms, and, in the basement and part of the ground floor, the rooms of the Tütü Tangó catering establishment. The Drechsler Palace has stood empty for almost 15 years. In the wake of the continual conversions over 100 years, the building has best retained its structure and exterior appearance although there have been changes to that as well. These included replacement windows and air-raid shelter emergency exits on the façade as well as a simplified roof reconstructed after a fire in the early 1900s. The building had two major renovations, mainly concerning the roof. The first was in the 1910s after the roof burnt down and the second in 1945 after the end of World War II. The first renovation was necessitated by the use of poor quality 19th-century materials, while the second was due to wartime conversions involving functional change. The internal structure, with the exception of a partial infill in the courtyard, has remained unaltered. The building has two equal status entrances, one from Hajós Street and the other from Dalszínház Street. The two listed imperial stairways reach an interconnecting corridor, each opposite a light well. The two stairwells are in the wing aligned with Andrássy Avenue and are interconnected by an arcade open towards the courtyard. Surviving valuable features in the building are two vaulted sections in the basement parallel with Andrássy Avenue, the stairwells with stained glass windows, the passages interconnecting the two stairwells, and the original painting and decoration visible in some rooms.

In the course of the renovation and reconstruction, the building will be turned into a 5-star hotel operated by the W hotel chain (a member of the Marriott chain). The hotel chain will create 154 rooms on the upper floors; catering and services functions (spa, bar, main kitchen, laundry, storerooms, electrical and mechanical rooms) will be housed in the basement, while communal functions and functions necessary for the daily operation of the hotel (lobby, bar, catering space, conference room, office, supplies room, finishing kitchen) will be accommodated on the ground floor. The requirements of the operating hotel chain coincide with the open nature of the former ground-floor cafés facing the street, and the ground-floor spaces will remain clear and transparent. In designing the interiors, as many elements as possible will be preserved, renovated and reconstructed.
During the external reconstruction, the façades, and the doors and windows will be restored to their original form, while the roof will be rebuilt incorporating replicas of the original roof ornaments, which were not replaced when the roof was repaired after the fire at the start of the 20th century. Guest rooms and mechanical spaces will be developed in the attic. The guest and service lifts will be located in the light wells, and the inner courtyard will be given a glazed roof. 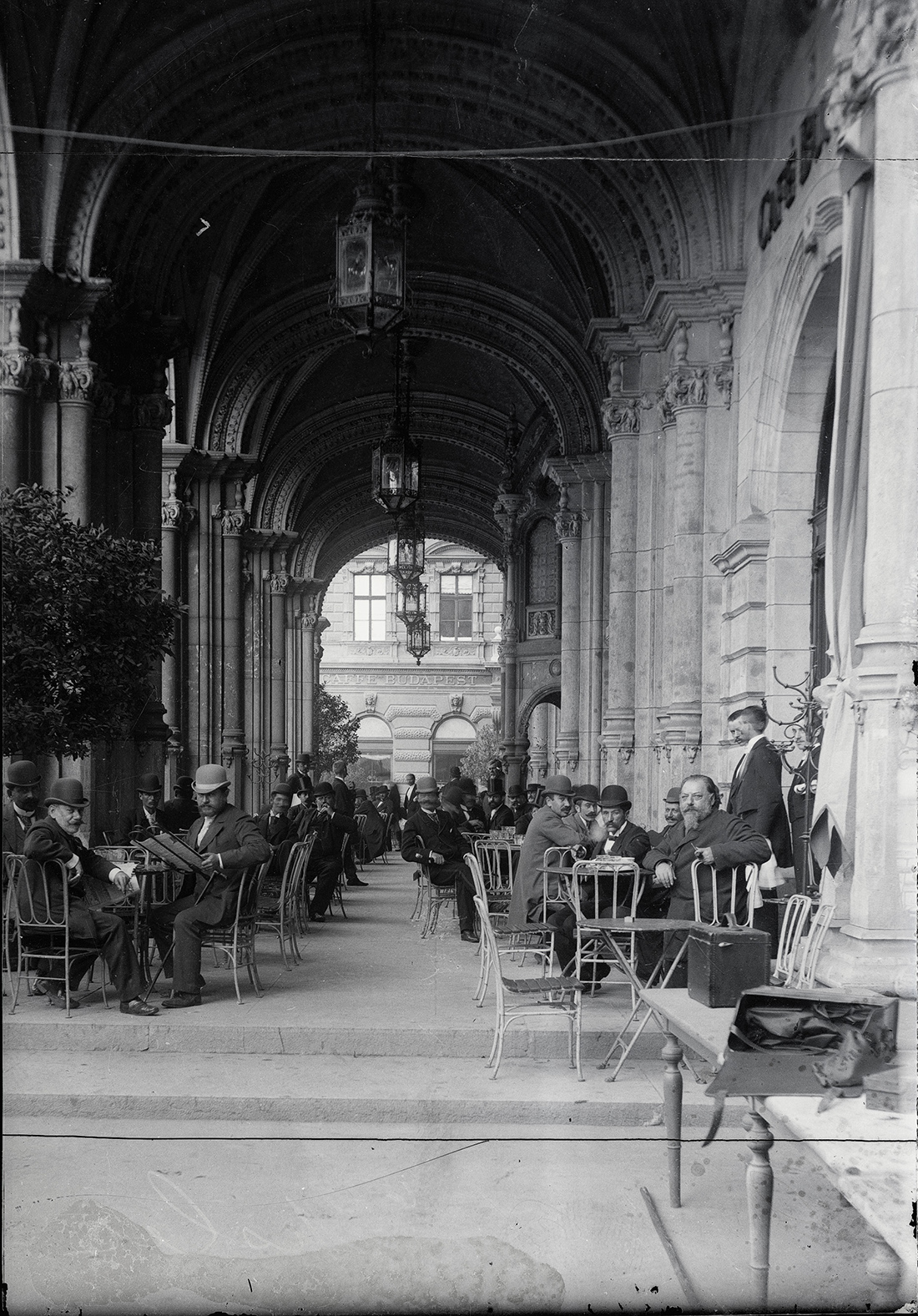 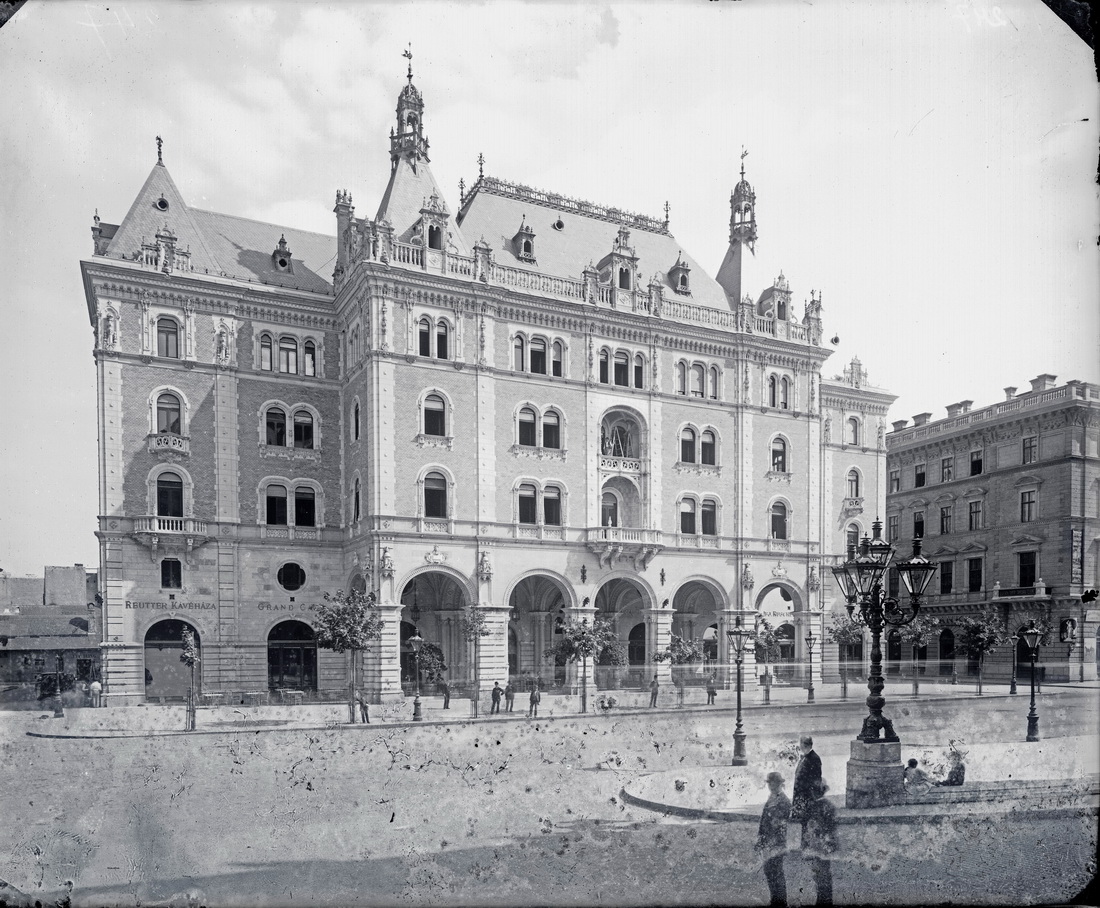 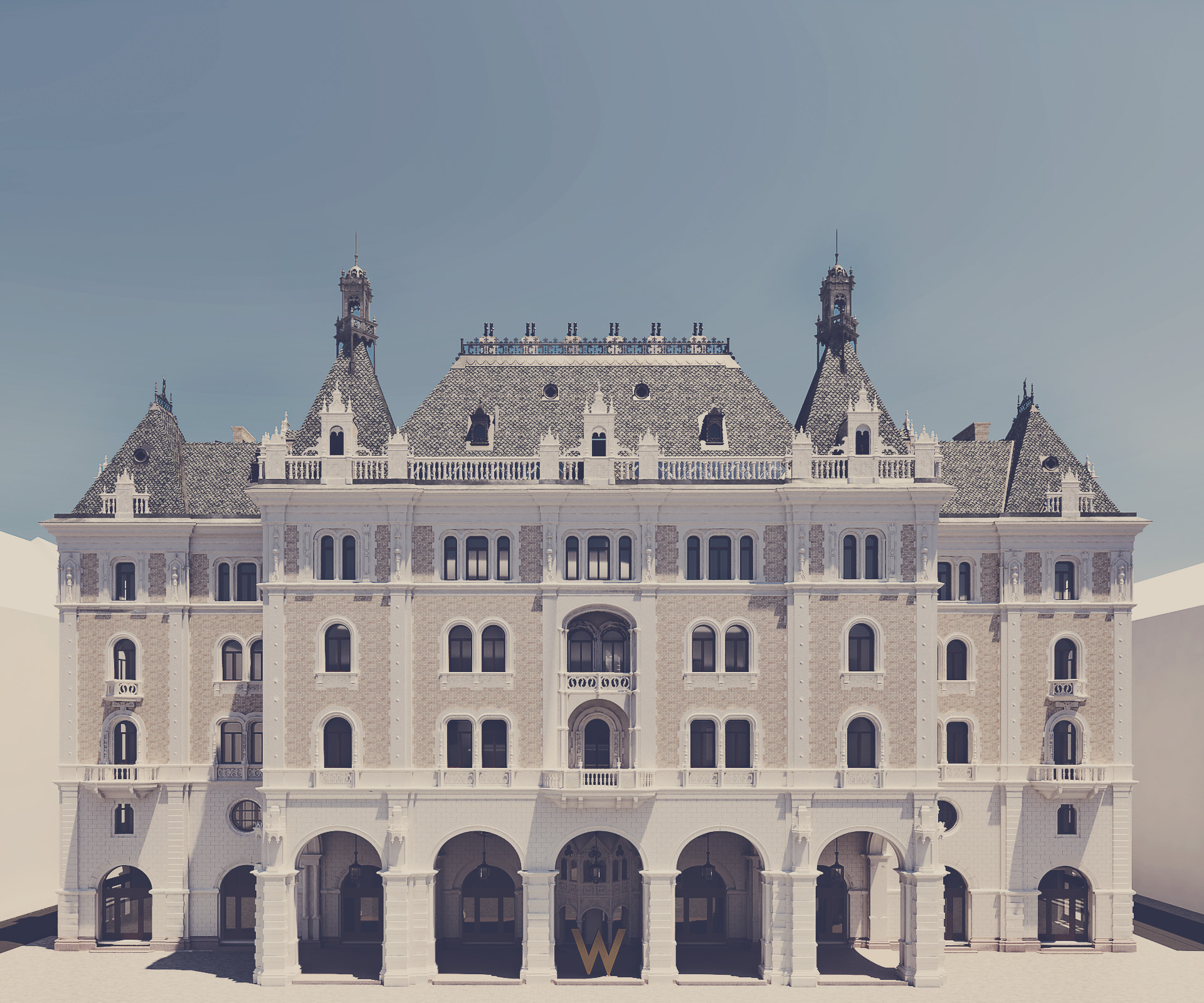 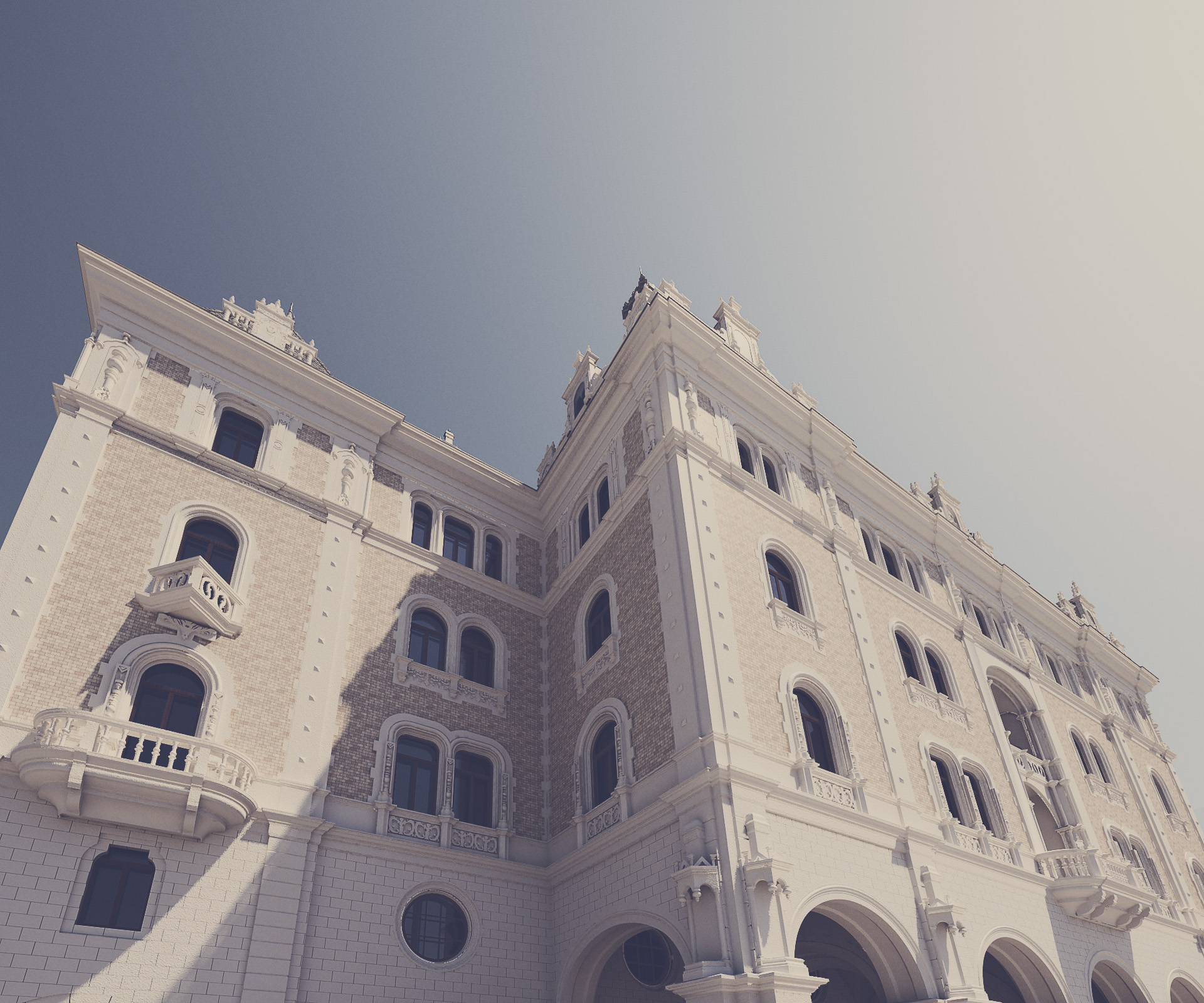 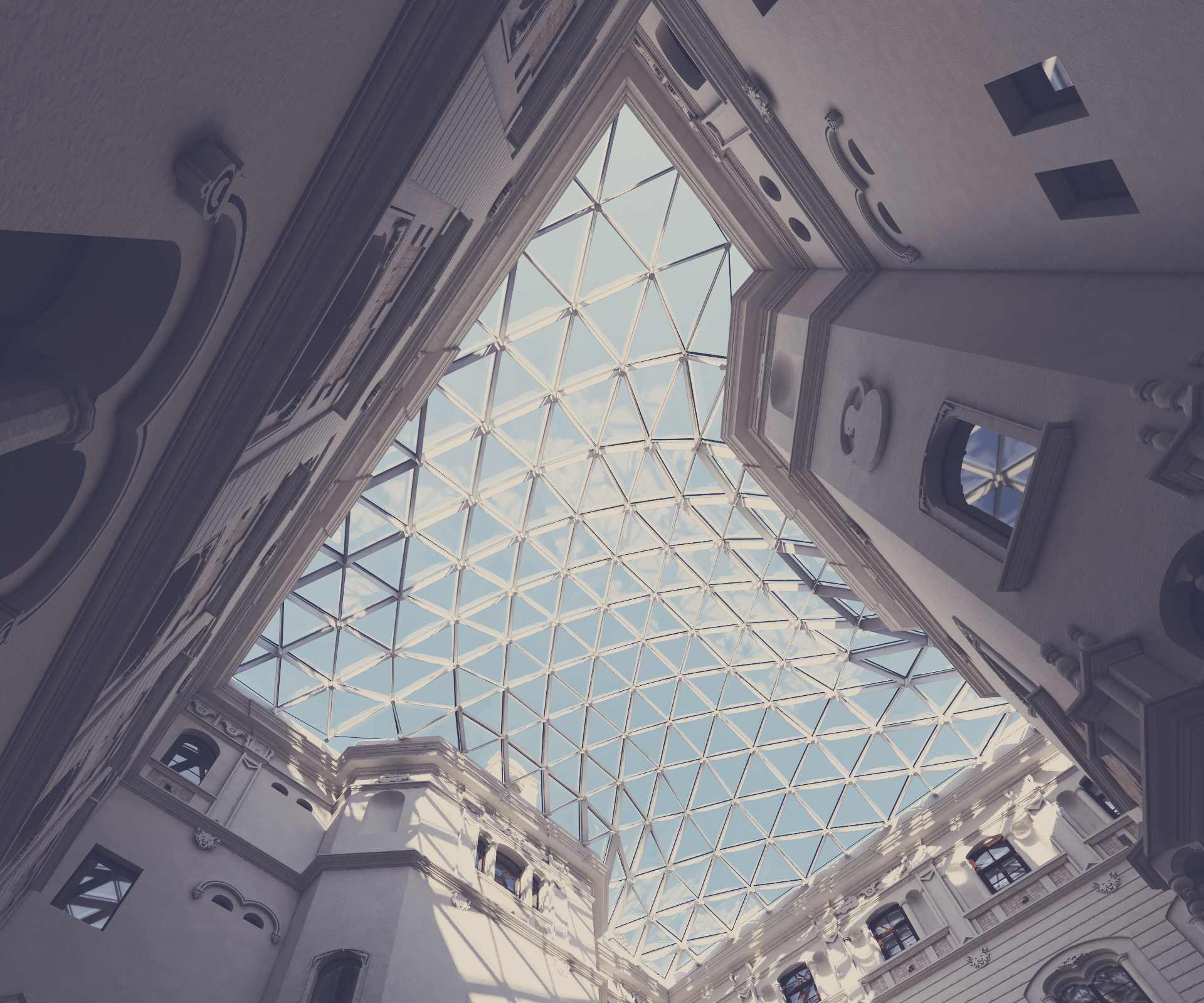 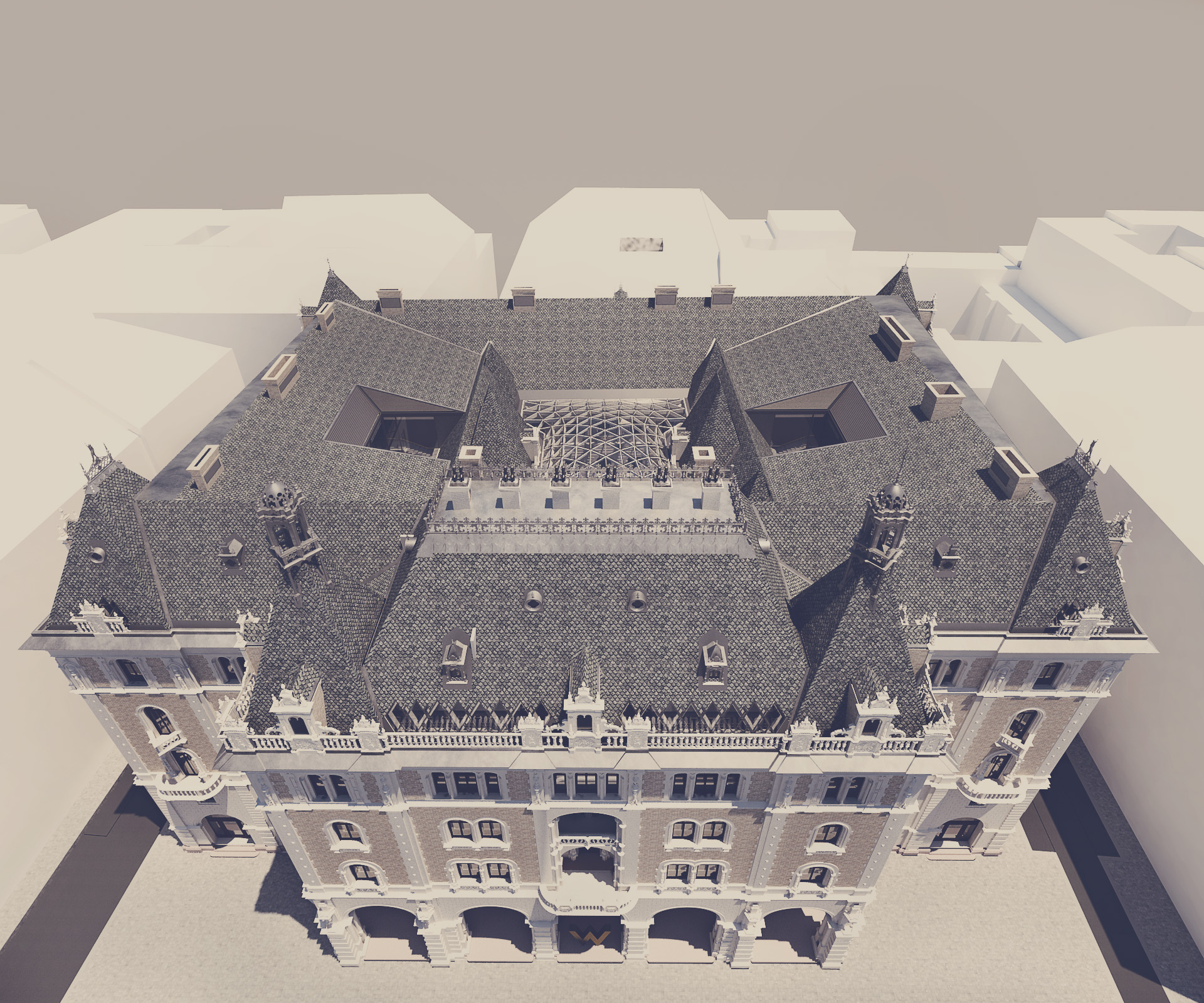 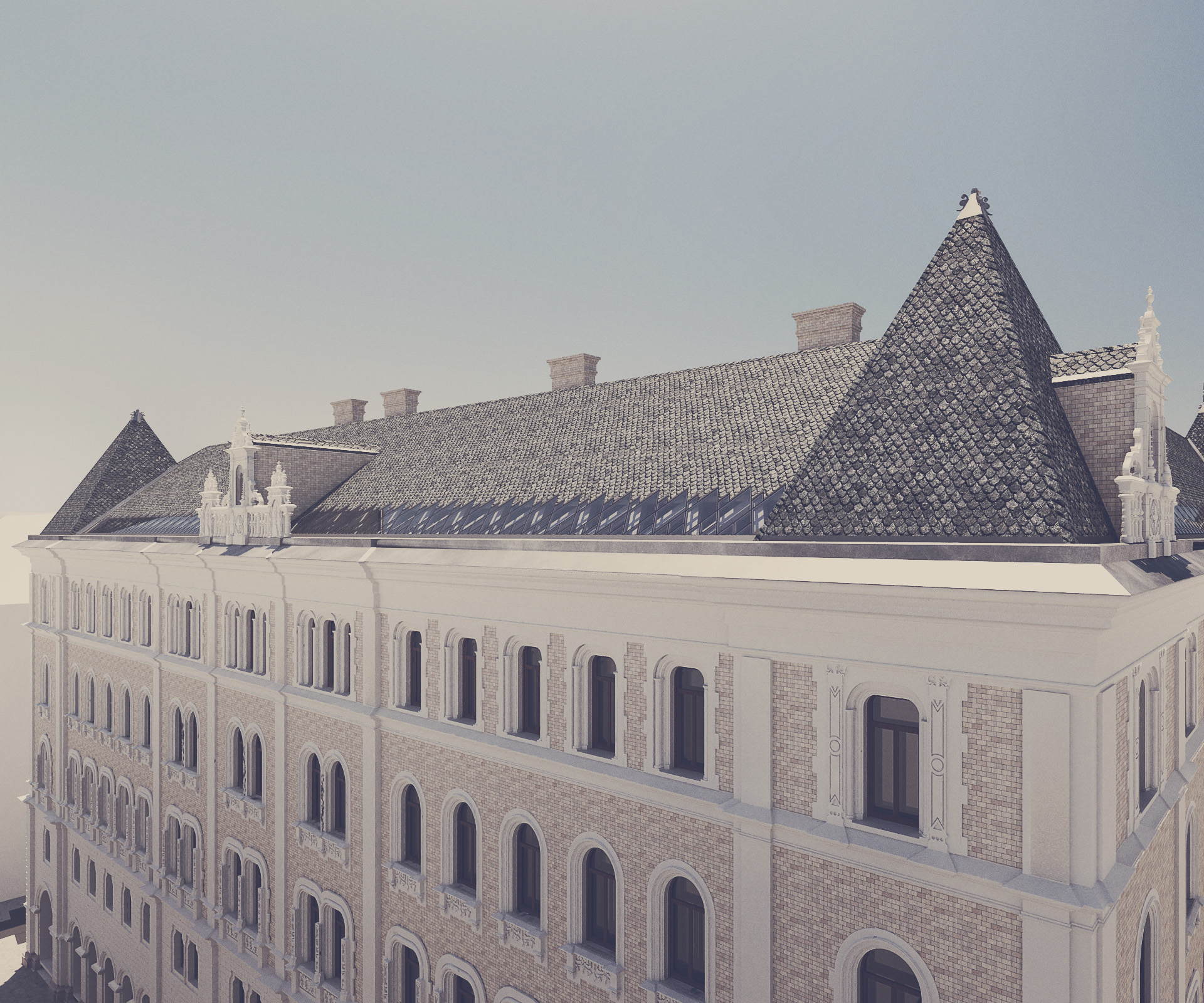