The building complex of Budapest German School, operating successfully today, was handed over in 2001 after being completed by the design of our office. Budapest German School Foundation, the operator of the institution announced a restricted competition in 2015 for the design of the necessary expansion of primary and high school places. Based on the expressed opinion of the entire school community and that of the jury, this competition was also won by our office.

The site is topographically unique and has extremely dense wood species. The existing main building is arranged in a circular segment shape along the steep edge of the plot, closely following the contour lines. The school „street” block of variable width is glazed on the valley-side. Its design integrates all parts of the ensemble, and offers view to the city. The massive building parts, like the gymnasium and the theater hall, are sunk into the terrain steps, thus their view and position fit well into the hillside. The required open spaces are arranged closely around the school building. Presently the Hunting Lodge (Vadászház), which stands on the plot and was built at the turn of the last century, hosts four primary school classes – this building is under local protection. The basic idea of the expansion’s design concept is to make the facility form a uniform composition even after the enlargement, this way to express the organizational, institutional and conceptual unity of the school. The new building parts are connected to the old one through integrated functional connections that link the existing separate units and create the possibility of a joint use of infrastructure. In addition, the new elements are separated from the old one by using subtle allusions: they take the old building’s character but become independent from it in their materiality and details in order to clearly indicate the timeliness of the process. Taking advantage of the characteristics of the terrain and the features of the existing building, the dynamic yet friendly embracing corridor joins the high school and primary school spaces at classroom level. This corridor leads students from elementary school age to graduation, indicating the temporal progress with a spatial allegory. The new high school classrooms are attached to the school building at its three-storey east end. The volume of the primary school classes is wedged between the existing high school and the Hunting Lodge, this way providing a dynamic passage and separation simultaneously and offering a typical small-school age protection. The positioning of the dining room reorganizes the life of the courtyard. From the primary school, the courtyard has a direct, easy access via the staircase, while from direction of the existing building parts it can be entered from outside, independently from the building wings. The café-restaurant, which is also connected to the courtyard level with a terrace, can become a space accommodating various events. Following the design principles of the original building, the 22x44m large new, dividable gymnasium is also integrated into the terrain steps. This solution keeps a balance in proportion to the appearing masses, and with a green roof design it expands the existing flat terrain area suitable for playground. Below ground level it is connected both to the existing gymnasium and to the new wing, ensuring access and multi-directional approach.

The permission of the plans is in process, the elementary school wing first to be built and the parking lot expansion are expected to be completed by September 2017. In close collaboration with Budapest German School, our office is working on the goal of fully realizing the design concept in both phases of the expansion. 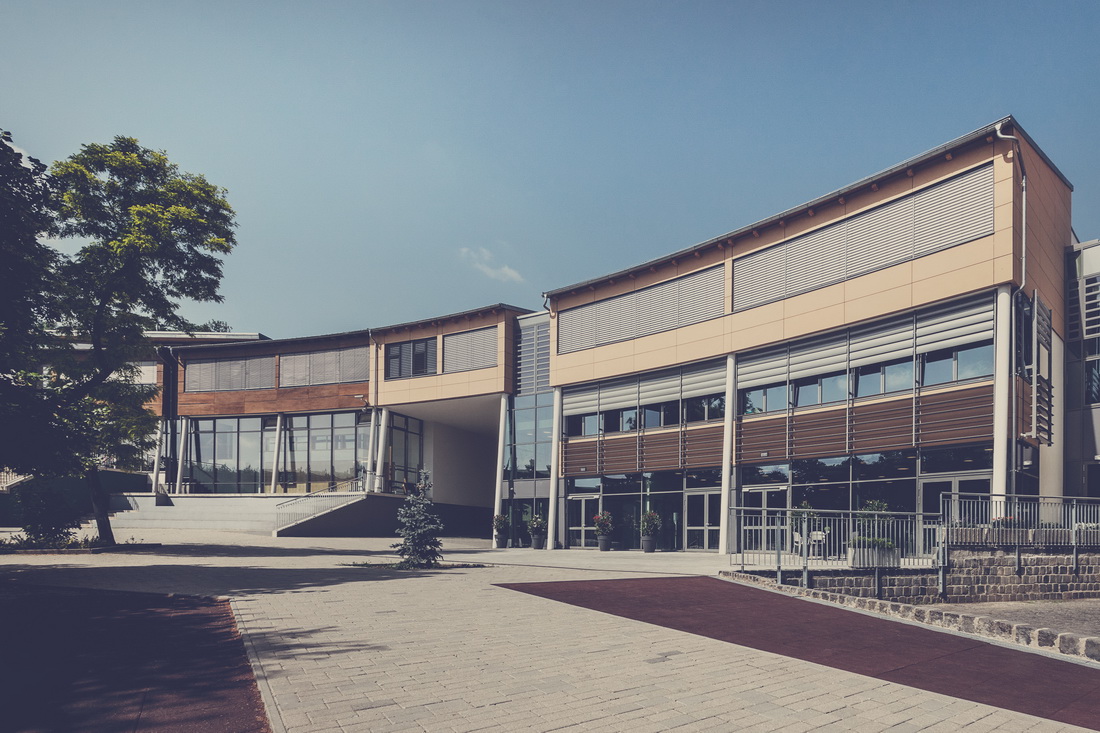 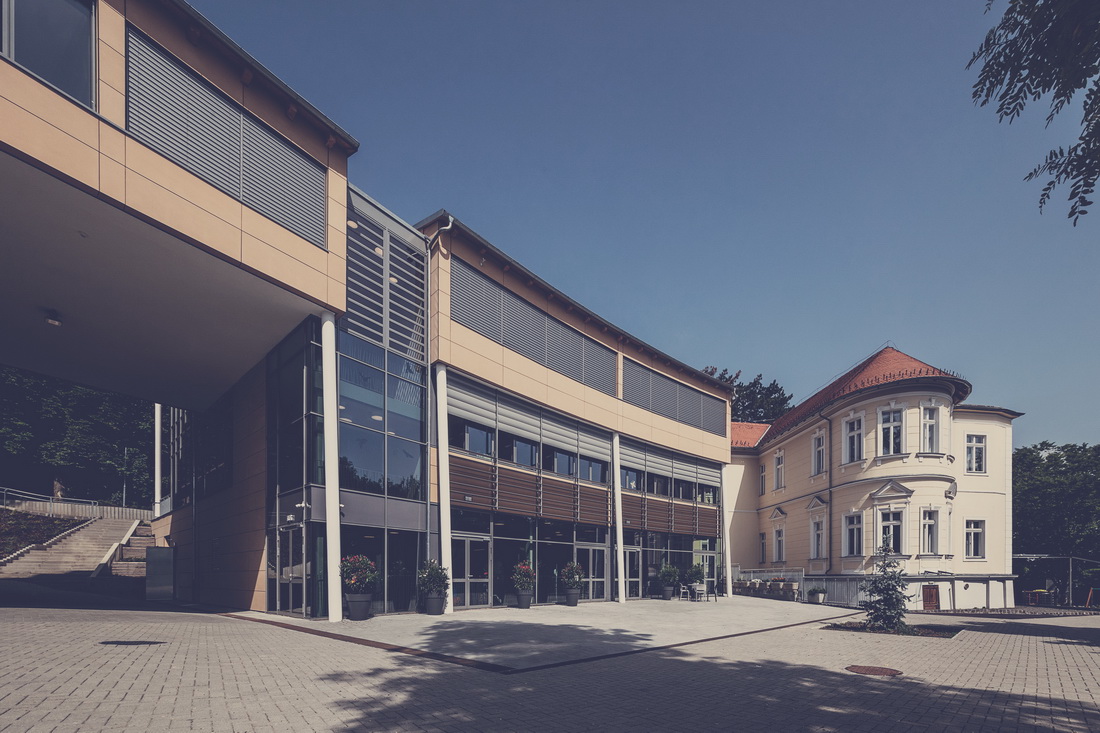 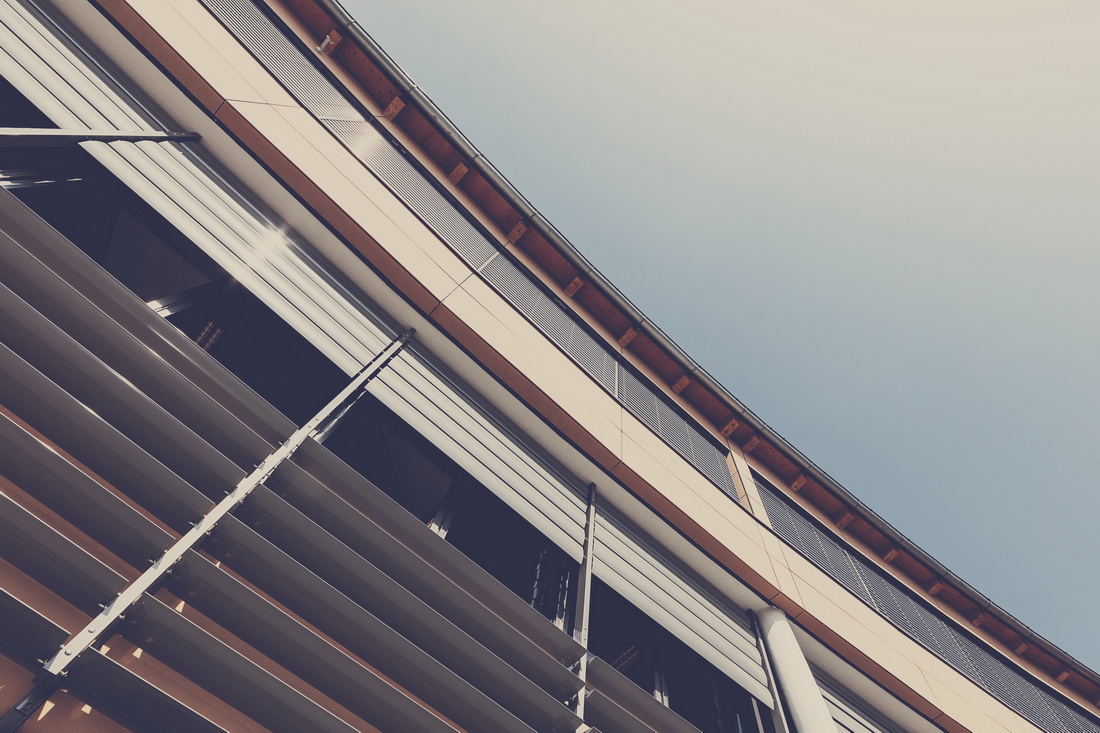 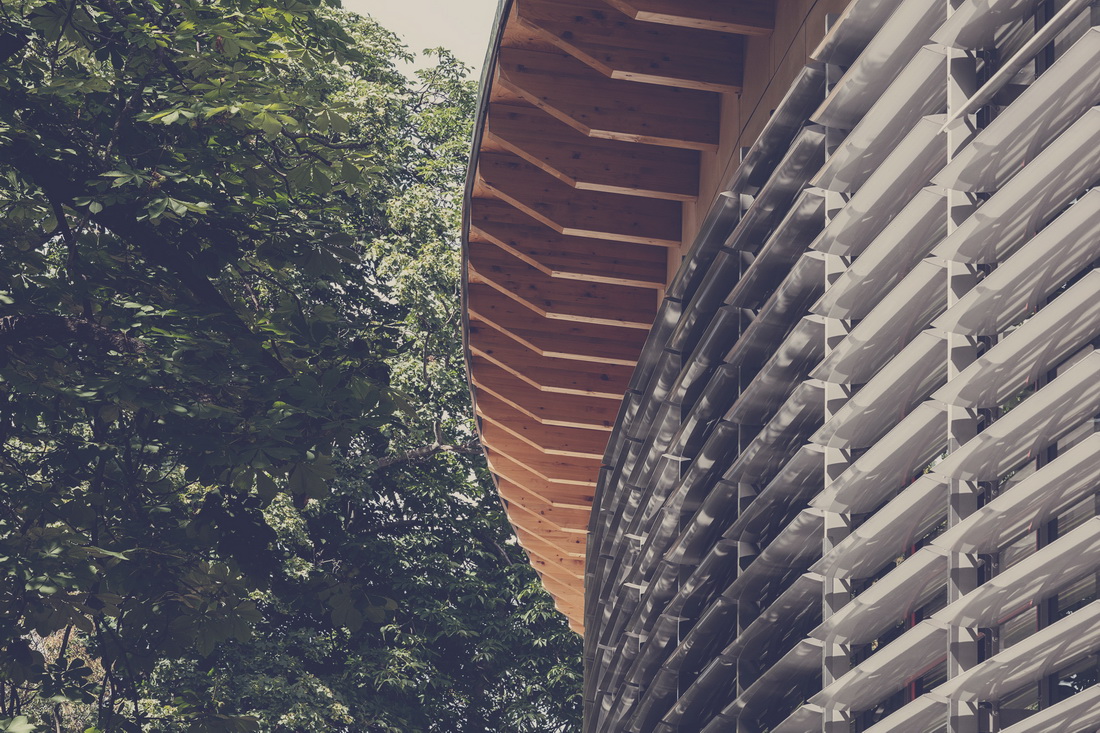 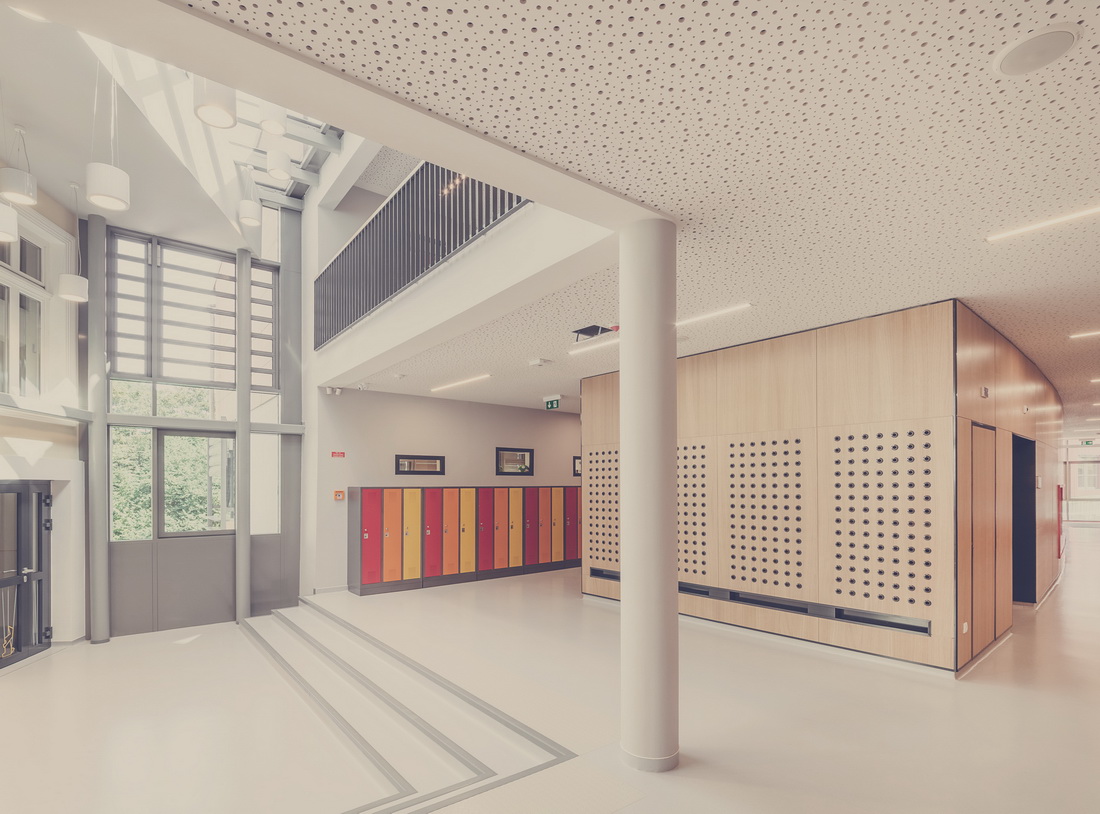 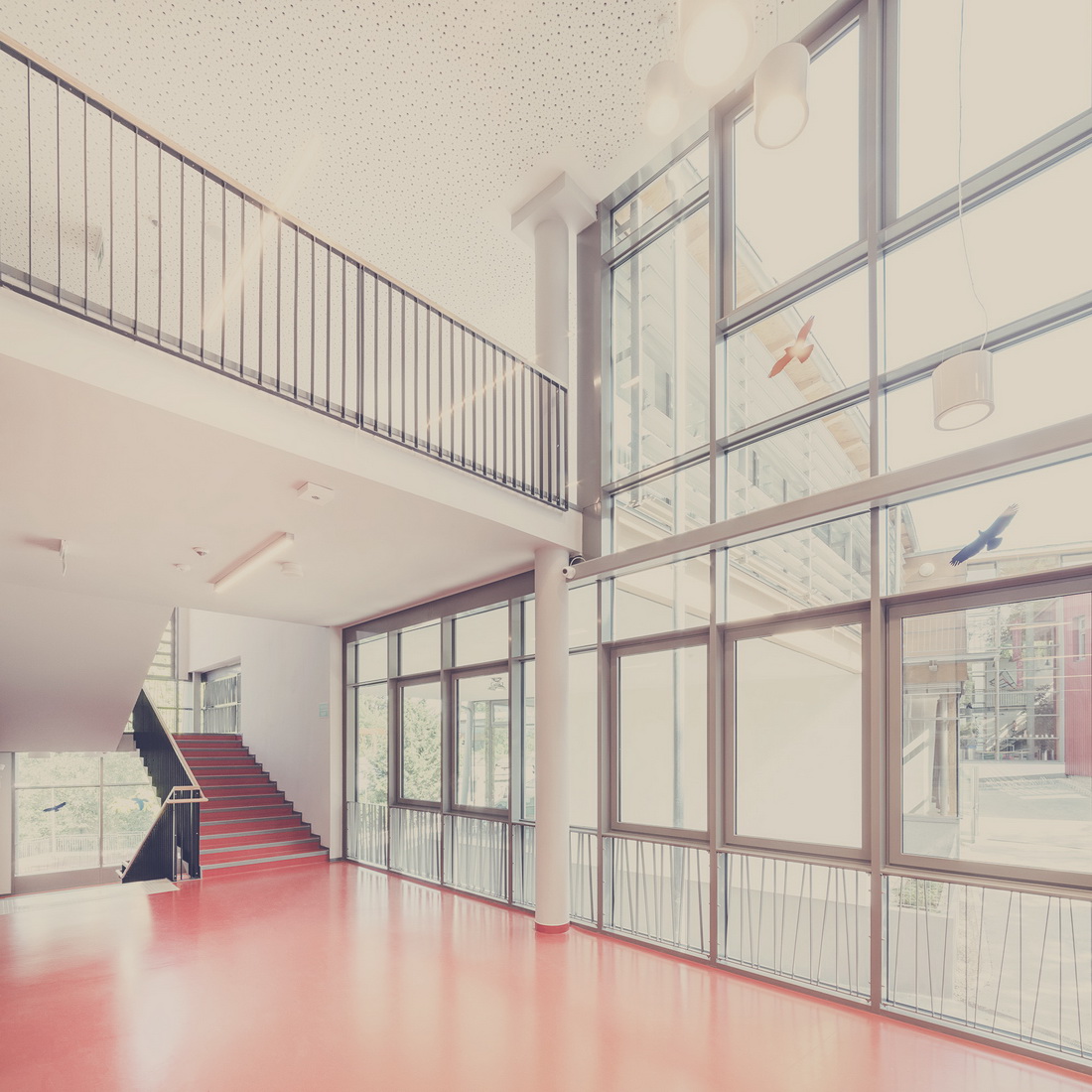 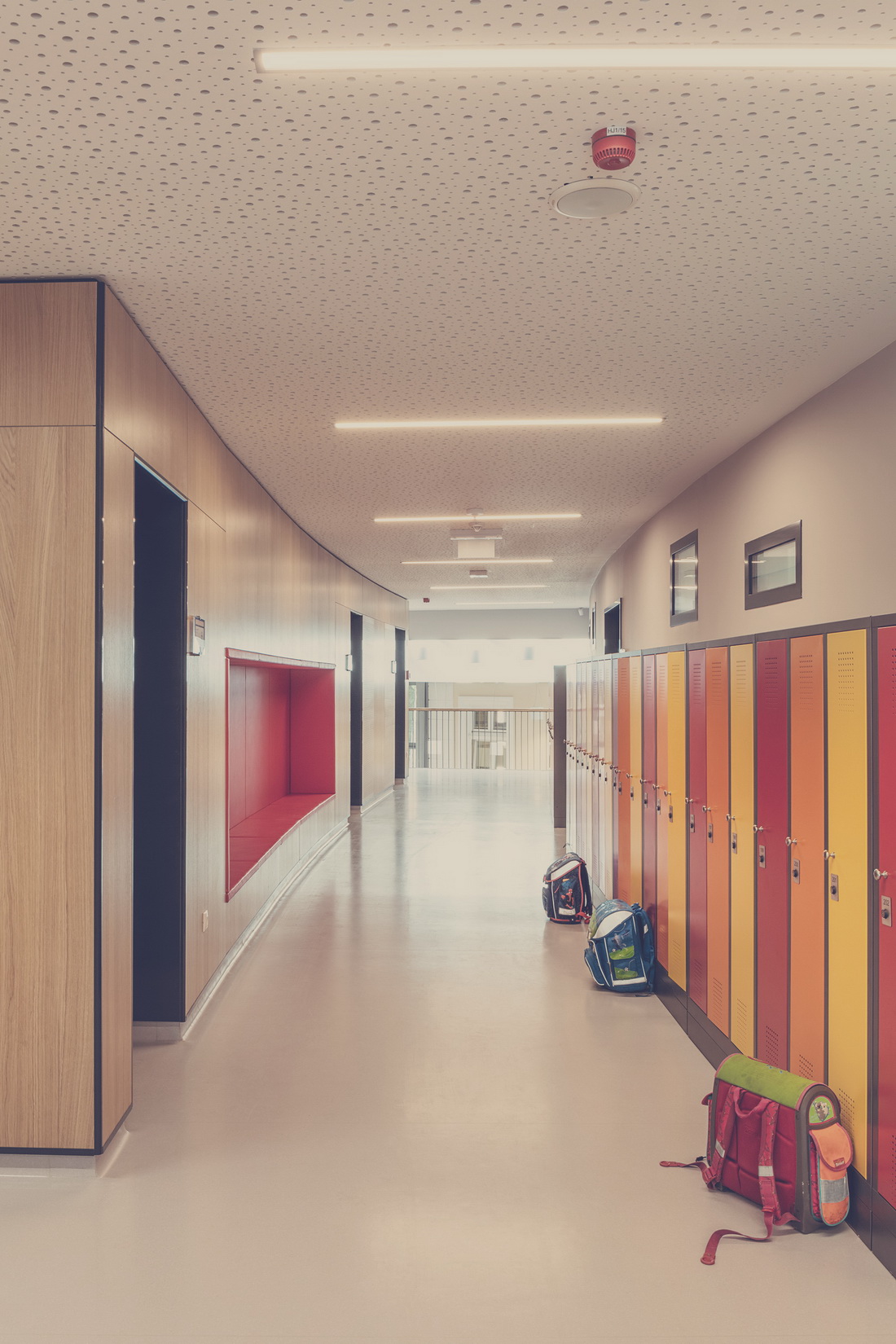 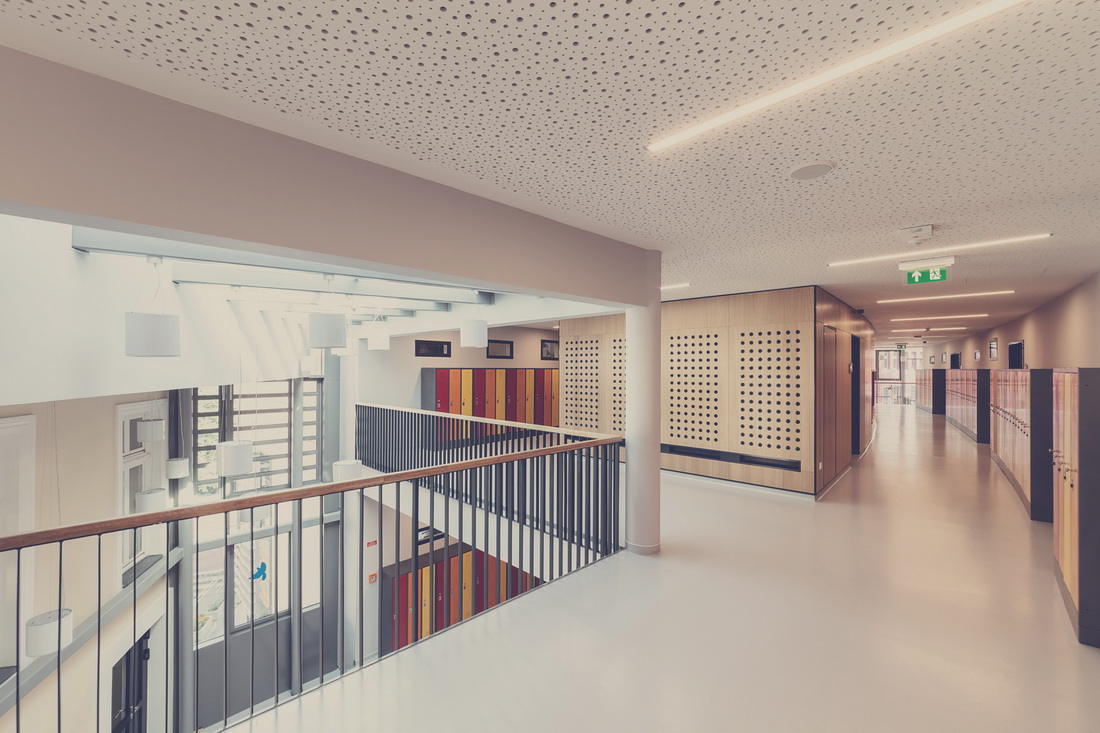 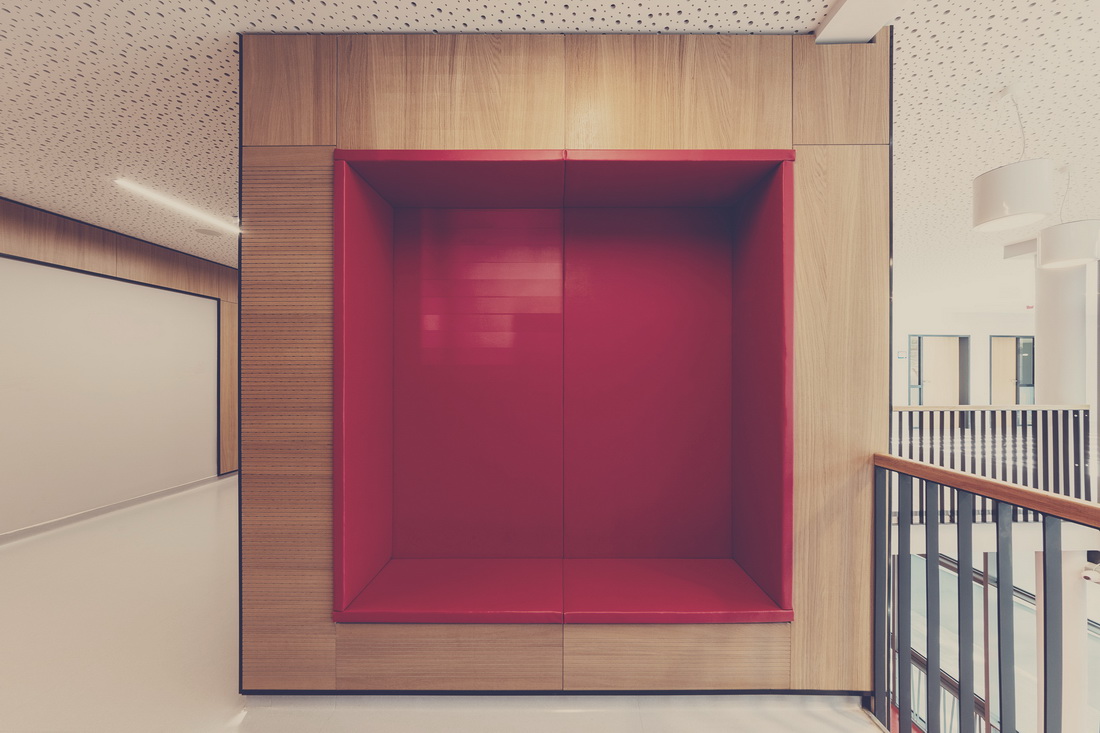 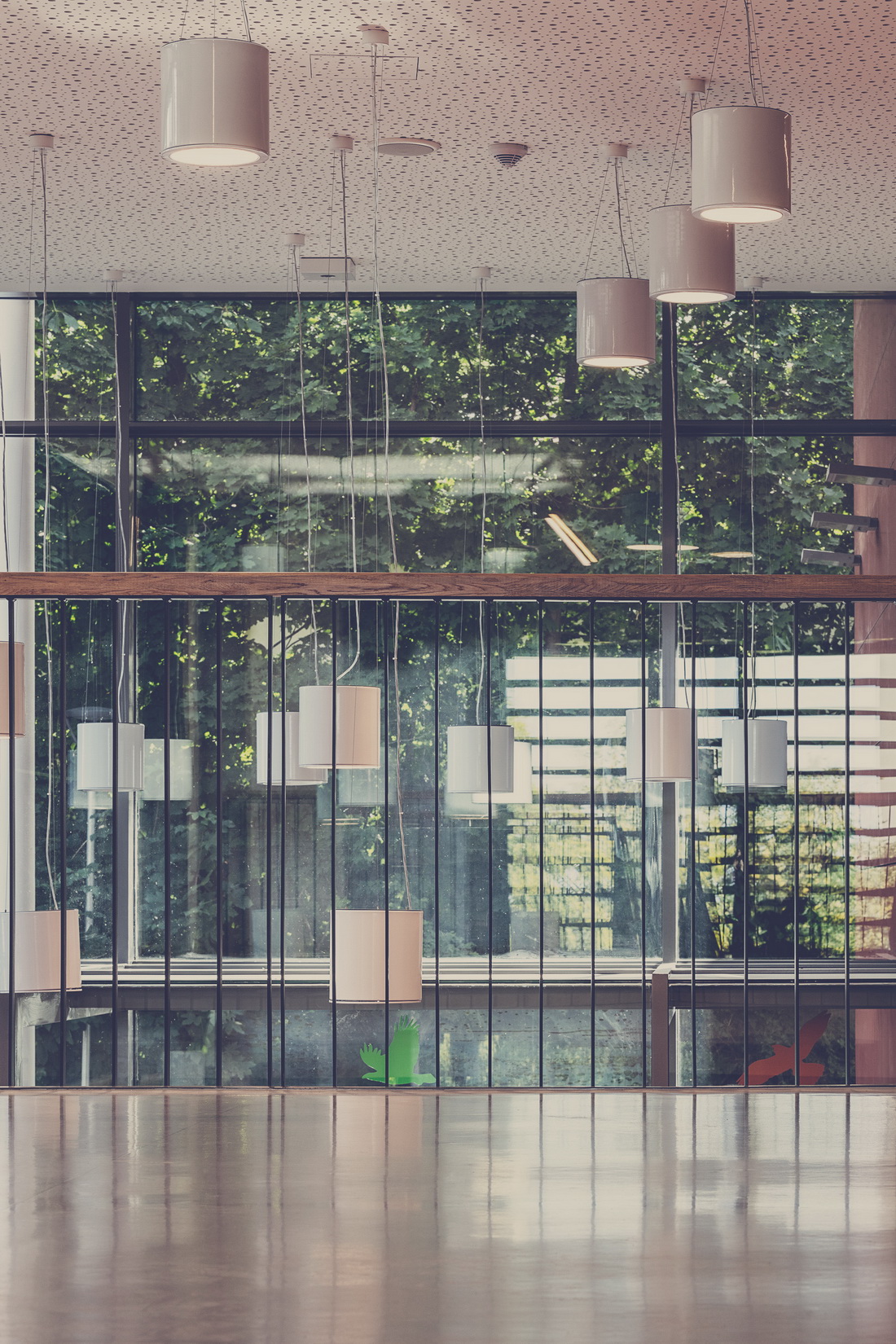 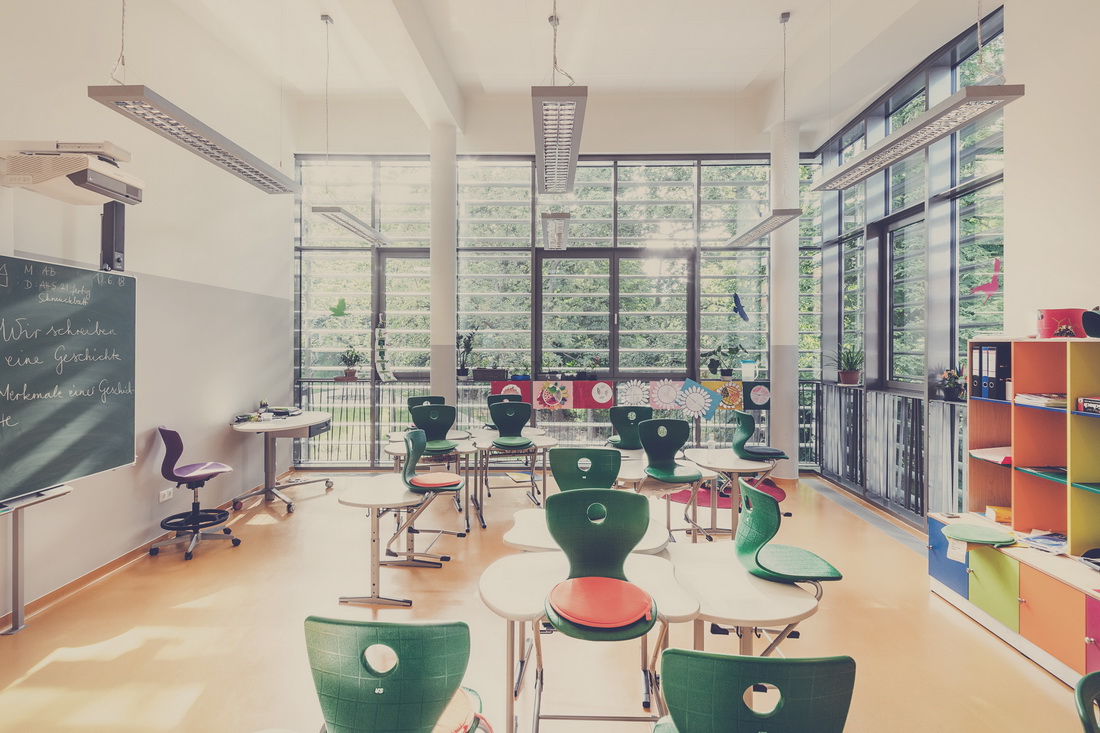 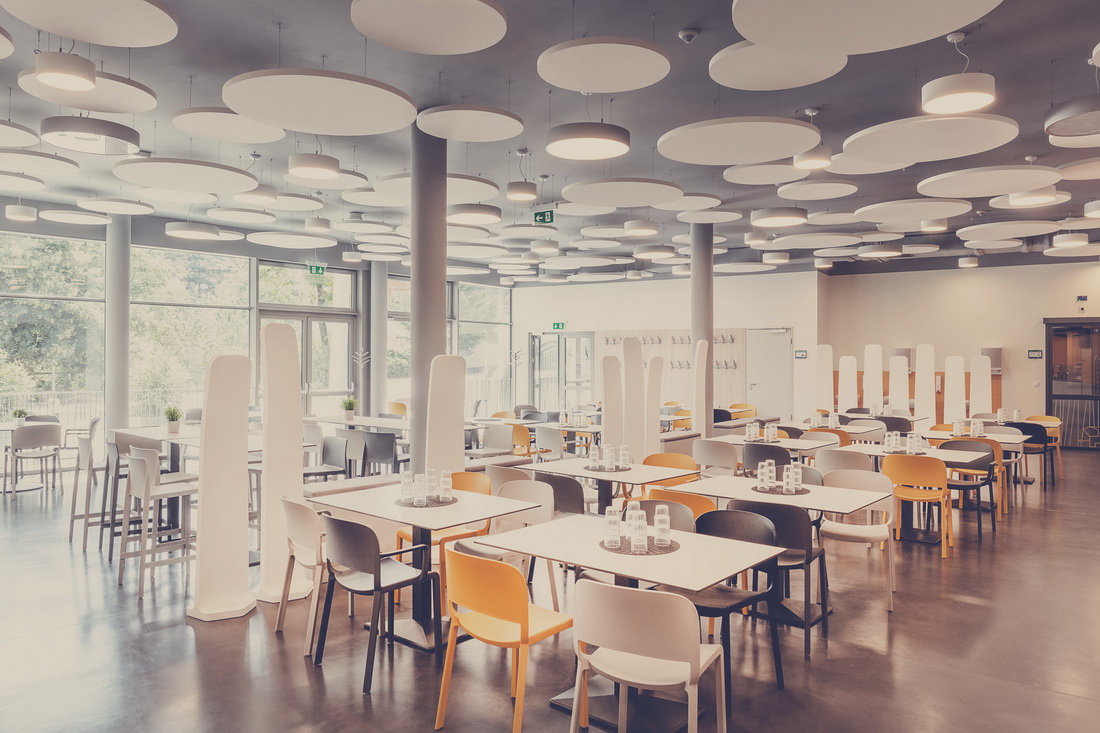 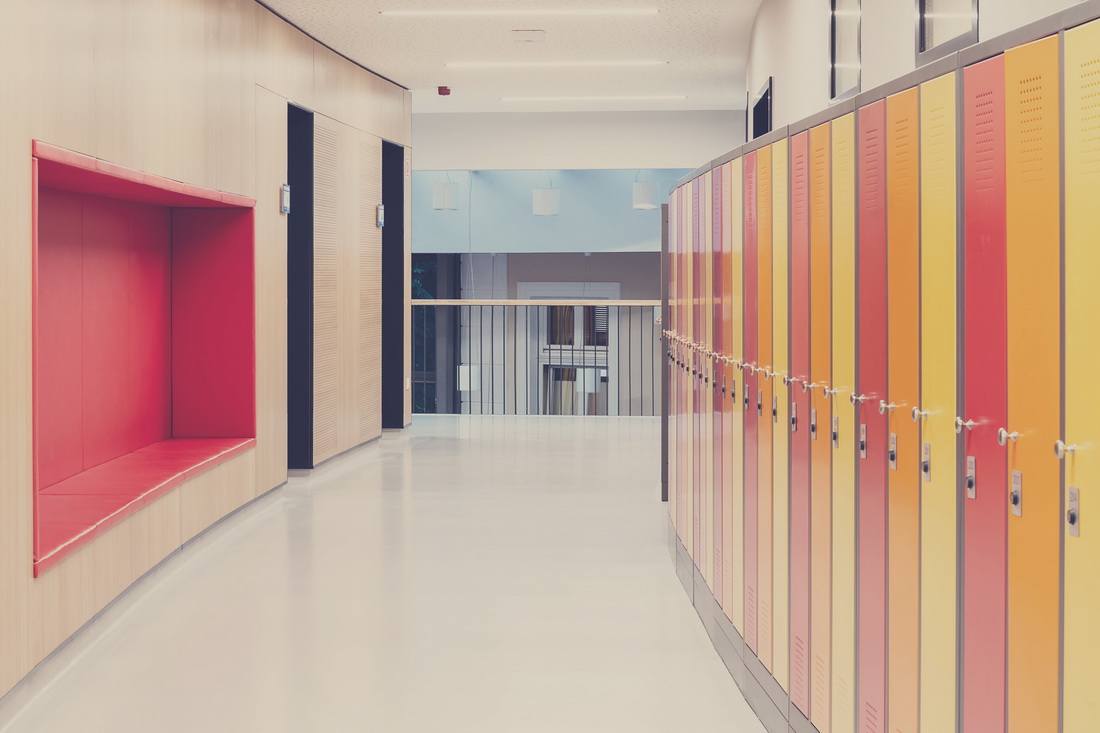 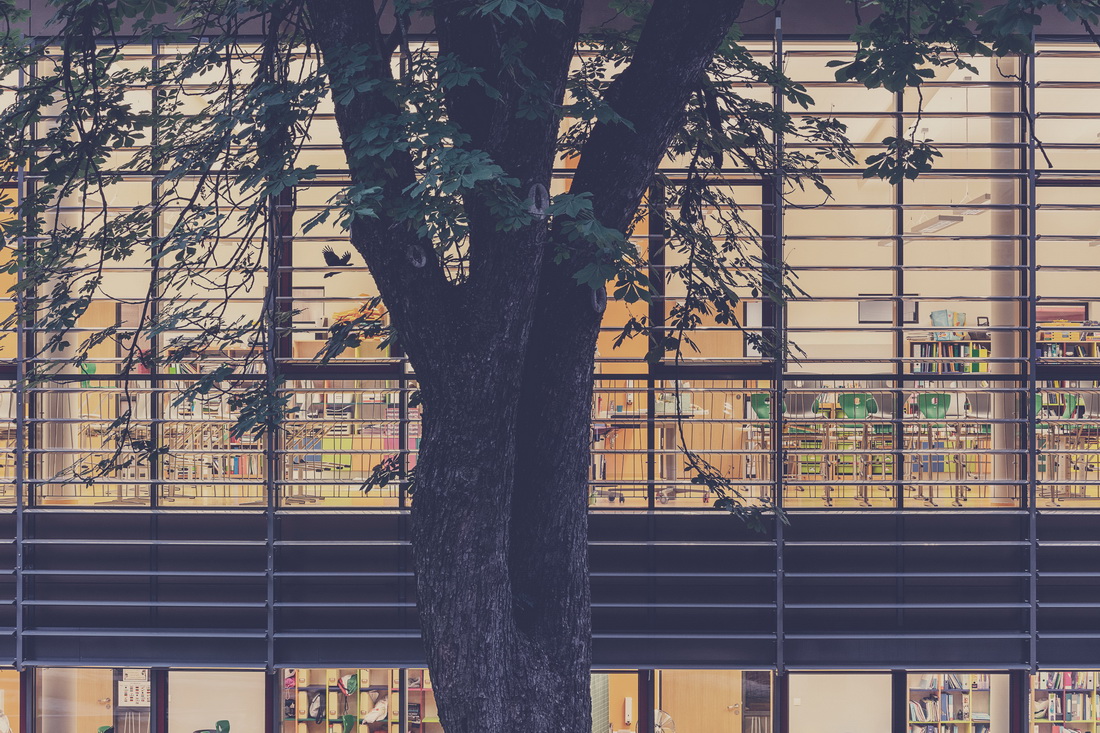 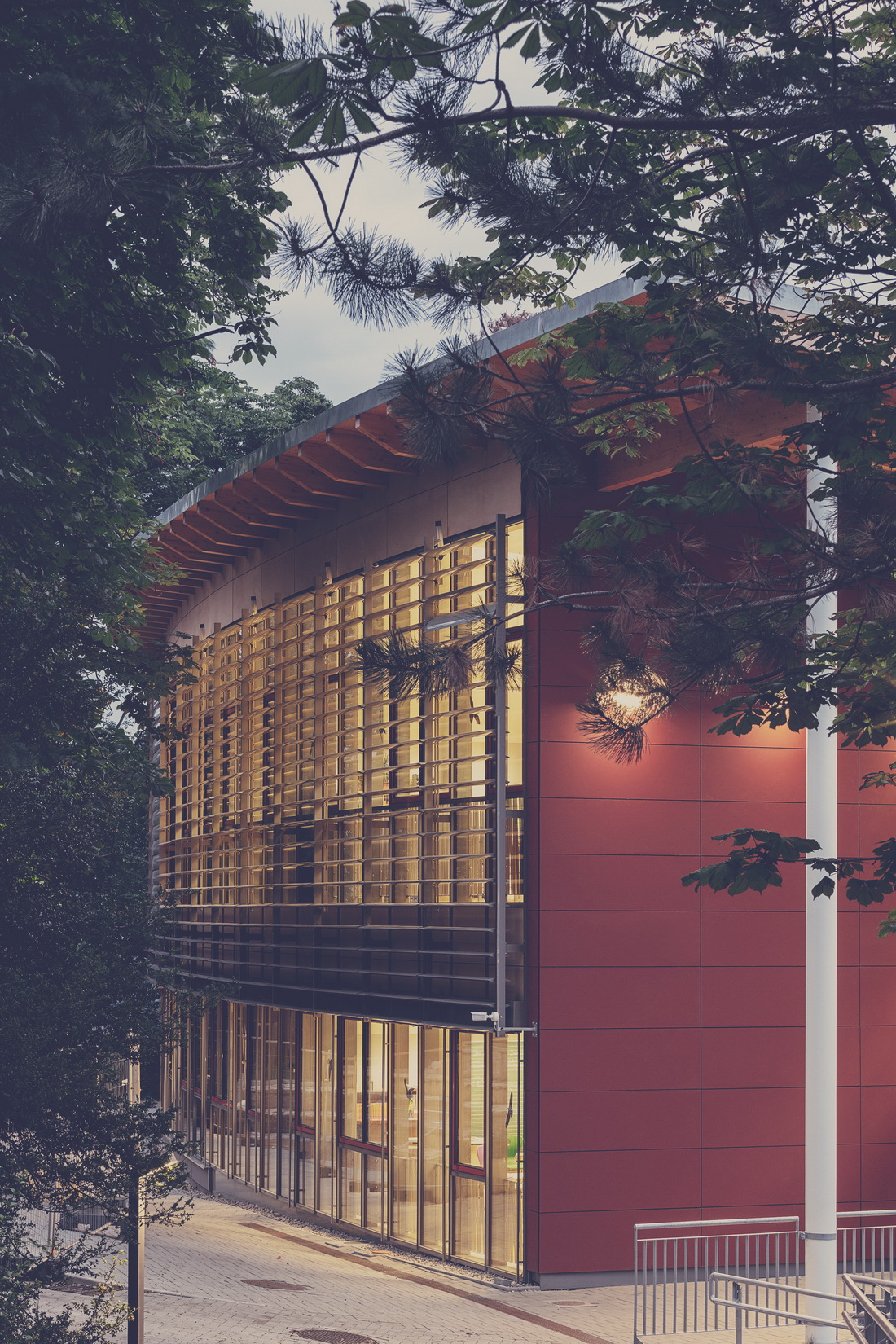 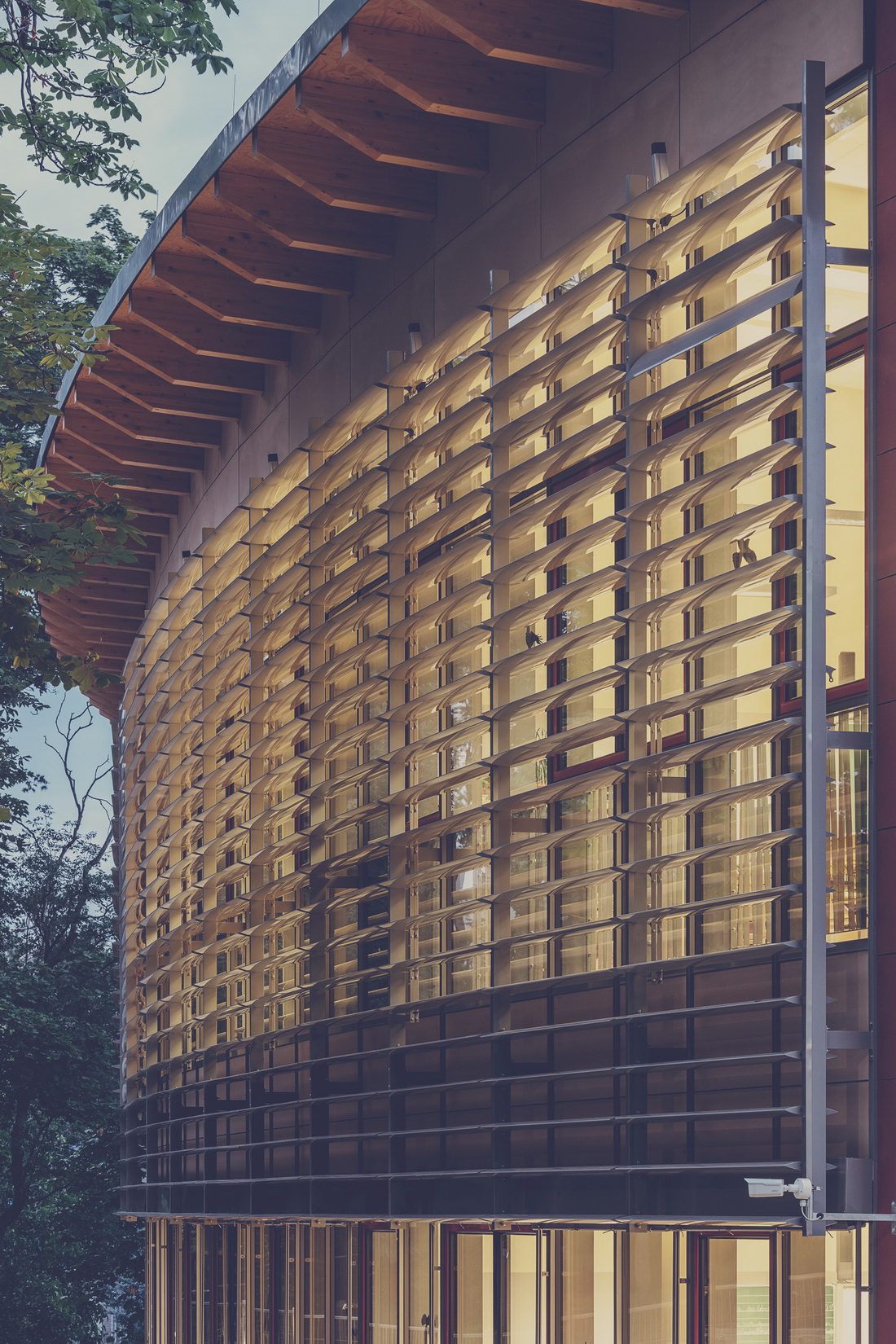 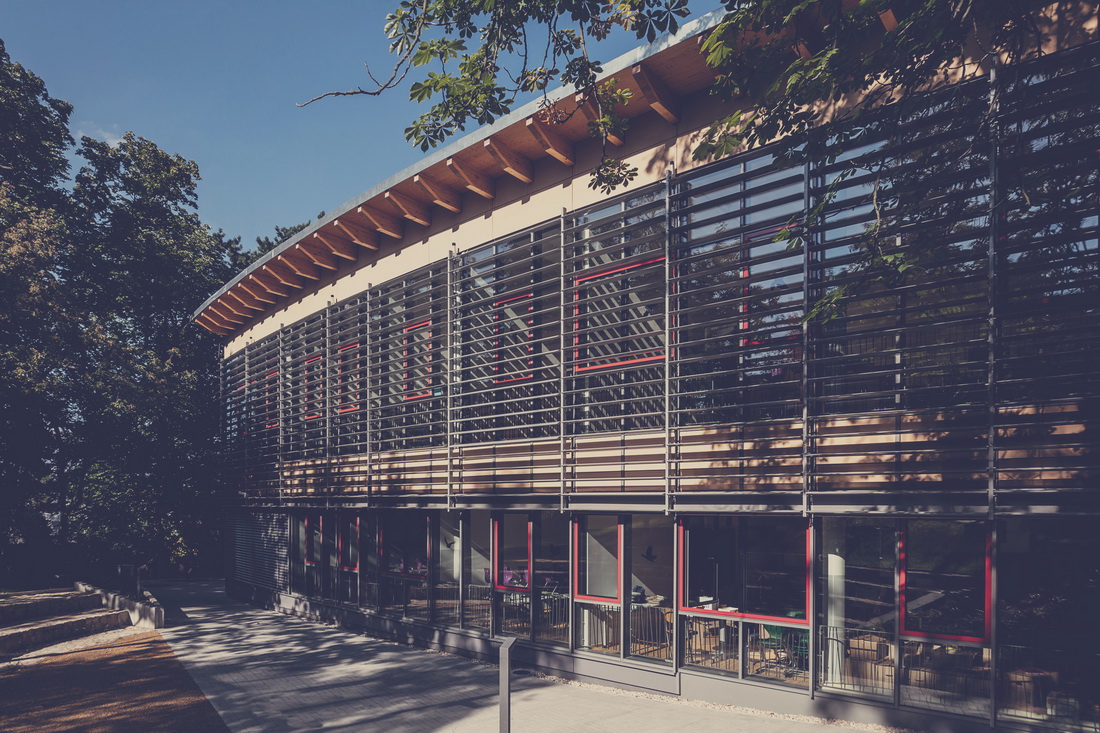 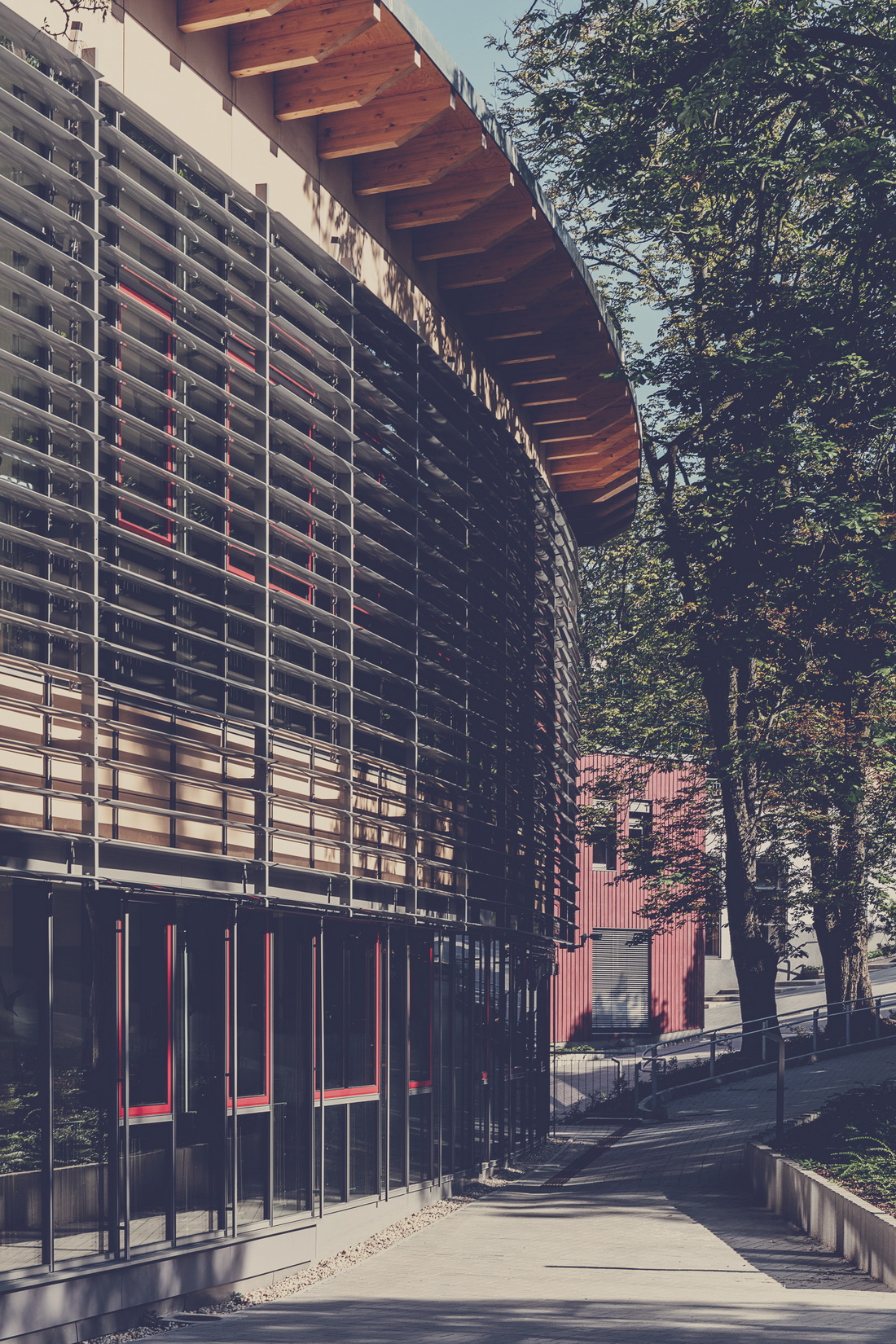